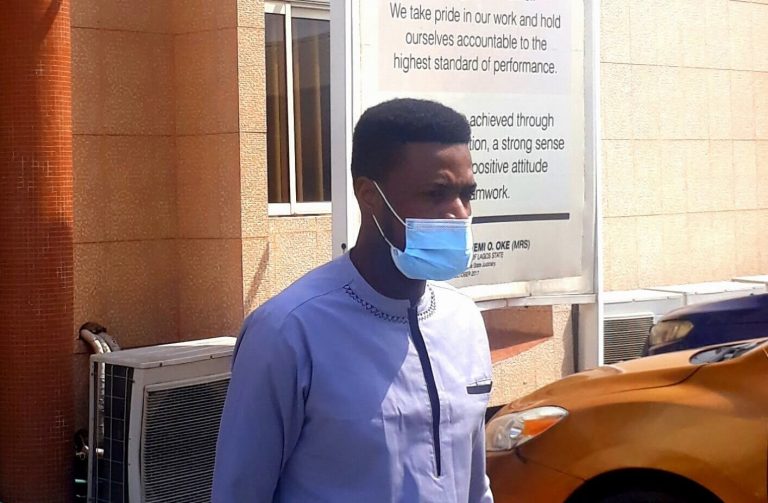 A witness of the Economic and Financial Crimes Commission has told Justice Oluwatoyin Taiwo of the Lagos State High Court, sitting in Ikeja how forensic analysis of the phones of one Amusa Abiodun Azeez, standing trial for an alleged N88.1 million fraud, revealed that he was into internet fraud.

Amusa is facing four counts on possession of fraudulent documents and retention of proceeds of criminal conduct.

Count one reads: “Amusa Azeez Abiodun between the 24th of October, 2020 to 20th day of August, 2021 in Lagos within the jurisdiction of this Honourable Court retained the control of the sum of N88,187,773.64 in your First Bank account which you knew to be proceeds of various internet and cybercrime.”

He pleaded “not guilty” to the charges when he was arraigned on November 1, 2021.

The witness, an operative with the Cyber-Crime Section of the Lagos State Command of the EFCC, Woji Abdulhameed, said credible intelligence led to the investigation and arrest of the defendant.

Led in evidence by the prosecuting counsel, S.O. Daji, the witness, testifying as the first prosecution witness, on December 9, 2021 told the Court that upon his arrest and detention at the EFCC facility, Azeez was asked to unlock his phones, but he declined, “yet suspicious notifications kept popping up on his phone”.

Woji said: “The defendant refused to unlock his phones and said that he was once arrested before by the EFCC and convicted for a love scam fraud and by virtue of his experience, he will not grant us access to his phones.”

Woji added that upon his insistence not to unlock the phones, the investigating team wrote to the Commission’s Forensic Department.

He said: “They carried out a forensic analysis and extracted the contents of the phones – a gold iPhone 12 Pro Max, a gold iPhone 7 and a red TECNO Camon 8.”

According to him, the forensic analysis revealed incriminating materials on his phones.

He said: “From the forensic analysis, it was uncovered that he created an email account: [email protected], which was linked to his mobile number 09064668567.

“The same phone number was used by the defendant to create the email address with the name John Wallace, claiming to be a citizen of the United States of America and an Army serving on a peace-keeping mission in Afghanistan.

“The defendant also used this same email address to open a Facebook account with the name Dustin Mason, using same to chat with two white ladies, while using a white man’s picture for his profile.

“While chatting with one of them, he told the lady how powerful he is in bed, and also sent her nude pictures of a white man, which he claimed to be his own.

“The defendant also used same email address to apply for the United States of America COVID-19 Benefit Fund and the US Government replied him that they are in receipt of his application and that he will be kept abreast of when to access his benefit.”

Woji, thereafter, identified the request letter the CC Section sent to the Commission’s Forensic Department and the formal report of the forensic analysis received.

They were tendered in evidence by the prosecution.

With no objections from the defence team led by O. Ajanaku, the Court admitted them in evidence as Exhibit A and A1.

The prosecution also tendered as exhibits the analysed two iPhones recovered from him, and they were admitted in evidence as Exhibit B and C.

Further analysis of the forensic report, the witness said, revealed that the defendant used VPN to change the location of his number at different times to Turkey, United States and Nigeria.

Woji told the Court that the website: www.abongo.com, was used to analyse the various IP addresses used by the defendant to commit the alleged offences.

He identified the printout made, which the prosecution also tendered as evidence against the defendant, along with the statement of account of the defendant’s First Bank account obtained in the course of investigation.

They were admitted in evidence by the Court as Exhibit D and D1.

The prosecution also tendered in evidence the defendant’s statement made to investigators, which was admitted in evidence as Exhibit E.

According to Woji, findings from investigation revealed that: “The defendant is into internet fraud – love scam; his application for the United States of America COVID-19 benefit fund showed that the defendant claimed to be a citizen of the United States and applied for the entitlement exclusively meant for US citizens, when he is actually not; he also claimed to be an American army when he is not and also claimed to be in possession of gold vase, which he claimed is worth $15.7 million, which he actually does not have in his possession.”

The case has been adjourned till February 22, 2022 for continuation of trial.