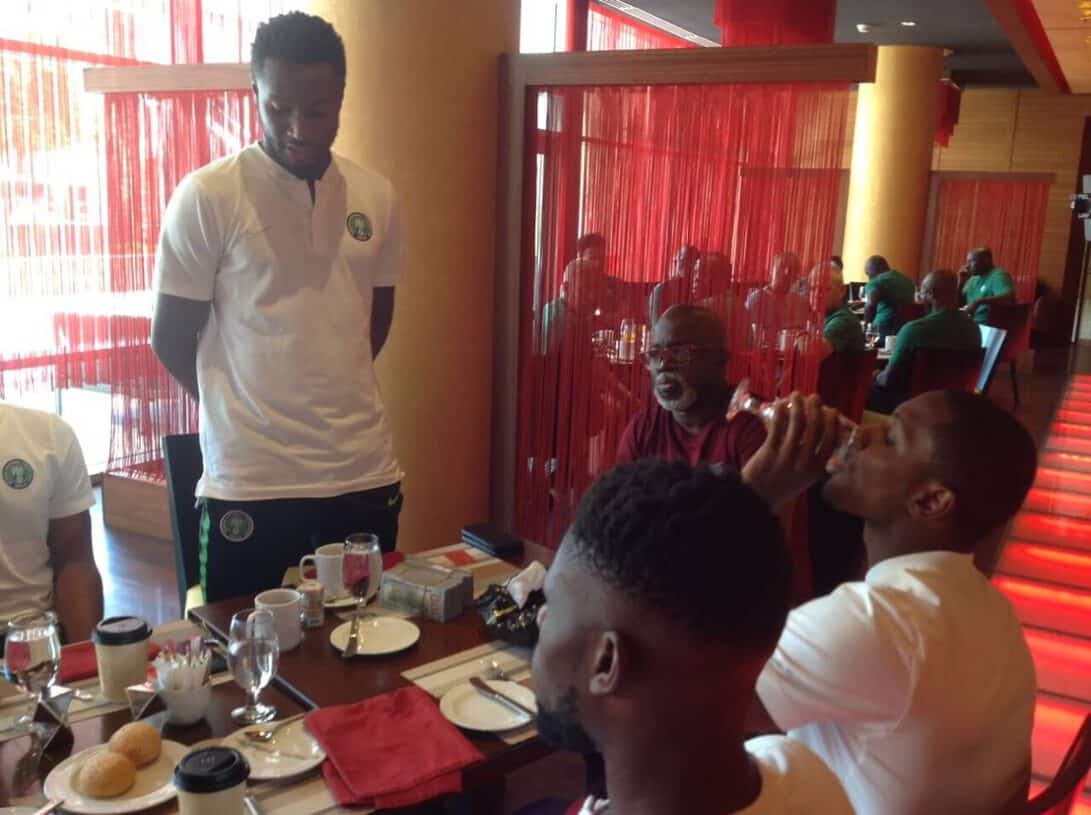 The President of the Nigeria Football Federation, Amaju Melvin Pinnick, has called on the Super Eagles to rise to the occasion and do the nation proud in Wednesday’s Africa Cup of Nations quarterfinal battle with South Africa in Cairo.
At a meeting with the players at breakfast on Tuesday, the man who is also the chief organizer of the AFCON 2019 championship, urged the three-time champions to give their all when confronting the Bafana Bafana.
Pinnick said: “I have confidence in this team and what you are capable of doing. I am just here to re-emphasize the fact that tomorrow’s game is very, very important. Football is the greatest known unifying factor among our peoples across different mental and physical boundaries, and victory will help to further solidify our unity.
“Anytime you are playing and winning, our country is united and people forget all their differences in various forms and celebrate together. I want you to take your chances and minimise individual errors at the back and in the midfield.”
Pinnick also called on the Super Eagles to, through winning, show gratitude to President Muhammadu Buhari as a person and the Federal Government as an institution for all the ready support and encouragement over the years.
He said: “We cannot thank our father, President Buhari and the Government enough for all the support and kind gestures. The only way we can repay their support is to keep winning and winning. This is a team that knows how to climb hurdles. South Africa is another hurdle and you will climb it.”
Pinnick, who is also the 1st Vice President of CAF, then presented the sum of $75,000 promised the team by NFF’s Official Optimum Partner, AITEO Group, for their three goals against Cameroon in Saturday’s Round of 16 in Alexandria, while assuring them that the $20,000 per player promise made by Captain Hosea Wells Okunbo would be redeemed before Wednesday’s match.
Responding, team Captain Mikel John Obi showered encomiums on Pinnick and the NFF, noting that since the advent of his administration, things have improved tremendously for the Super Eagles.
Obi said: “There is no doubt that your administration has done very, very well for this team. A lot of things have changed with regards to travelling, lodging and other logistics. We stay in the best hotels and fly chartered aircraft to matches. Your good self and the NFF as an institution also make it a point to fulfill all promises made to the team.
“Let me assure you that we are very committed not only to win against South Africa on Wednesday, but to win this championship. We have confidence that we will go all the way.”
Victory over South Africa will take the Super Eagles to the semifinals of the biggest Africa Cup of Nations tournament ever held (involving 24 teams) and for which a Nigerian – Pinnick himself – is President of the Organizing Committee.