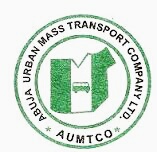 The Abuja Urban Mass Transport Company drivers on Wednesday in Abuja embarked on indefinite strike over the non-payment of salary for five months.
The drivers, under the auspices of the Amalgamated Union of Public Corporation, Civil Service Technical and Recreational Services Employees of Nigeria, appealed to the FCT Minister to come to their aid.
Sikiru Waheed, the FCT Secretary of AUPCTRE, who led the protest, said the strike was the last option because the management of the company had failed to respect their agreement.
Waheed expressed dissatisfaction that salaries of their members had not been paid for the past five months and described this as “a very disturbing situation”.
He explained that AUPCTRE would do anything within the ambit of the law to ensure that the remuneration of its members were paid even if it would require taking legal action against their employers.
He vowed that the strike would continue until all the outstanding salaries were paid.
Waheed said the Federal Capital Territory Administration was directly responsible for the management of the company, adding that it should be up and doing to address the plight of the workers.
He added: “We earlier wrote to the FCT Minister, Malam Muhammad Bello, telling him our plight.
“Also, we gave the company seven days ultimatum to pay our salary or we go on strike.
“What you are seeing here today is a peaceful protest; people are showing their anger and saying that they are tired of this situation and cannot continue to work without salary.
“People have been working here and the situation we are seeing is like ‘monkey is working and the the baboon is eating’ and we are saying enough is enough.
“We have made series of efforts to meet with the management of the company; we signed an agreement with them not once not twice but none of these agreements has been respected.”
Waheed said the drivers could no longer endure working for several months without getting their remuneration as at when due, alleging that the company was also deducting their salaries for cooperative.
He said: “The most distributing matter was that the management of the company was deducting our salaries for cooperative without making the payment to it, which meant that the salaries they were paying us previously was not even complete.”
He said the leadership of the company had promised to pay the cooperative money, which was about N3 million, before the Sallah break, but failed to fulfill this promise.
According to Waheed, the cooperative money would have been used to provide soft loan to members of the association to ease their financial difficulties.
He said: “They had promised that they would stop all expenditure and pay the money before Sallah, but as I am talking to you now, they refused to pay, thereby violating all agreements we signed.”
The unionist said that the drivers were generating huge sums of money to the company every day, adding that anybody in Abuja would see the buses on the roads daily.
Waheed added that, apart from this, the organisation was renting the buses to some companies as well as churches who pay huge amount of money to the company.
He said: “The workers here as you see them, the highest salary they receive is N30,000 per month, while some receive less than that.
“But people at the management and administrative level are receiving up to N200,000 per month as salaries.”
Meanwhile, Malam Musa Bello, Head of Planning of the company, who was approached by newsmen to explain the company’s side of the story, said he had no permission to speak to journalists.
All efforts by journalists to speak with the managing director of the company proved abortive as several calls to his phone line were unanswered.
The protesting workers carried placards with inscriptions such as: No salary, no work; and We are tired of exploitations.”