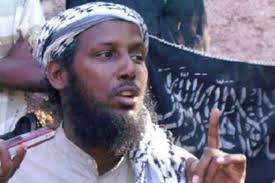 More than 70 Al-Shabaab militants were killed and 30 others captured in battle with Somalia’s Puntland forces in the past four days, Mohamud Hassan, Puntland Minister of Information, has said.
Hassan who made the disclosure on Monday in Mogadishu, said the battle took place in Suuj Valley in Nugal region, Northern Somalia.
He said government forces had overpowered the insurgents.
He said: “We have killed 70 Al-Shabab fighters and we also arrested 30 of them.
“This is a military victory against terrorist group.”
The minister said more than 500 militants, who stormed the region, were surrounded by Puntland forces, adding that those who escaped were being pursued.
Al-Shabaab has been facing major onslaught from Somali security forces backed by the African Union Mission to Somalia troops.
Kenyan soldiers have killed more than 50 militants in the past week in Southern Somalia.
Xinhua/NAN.