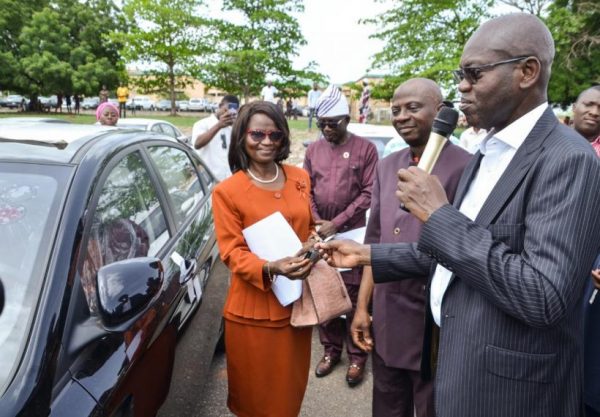 No fewer than 38 Permanent Secretaries appointed by Governor Dapo Abiodun as well as some appointed by the immediate past government in the state  have been given brand new official cars by Prince Dapo Abiodun.

Abiodun while speaking at the official presentation of the cars to the beneficiaries, said the Permanent Secretaries deserved the gesture and more because they have contributed immensely to the successes of his administration and the gesture was to appreciate them for their dedication.

Abiodun who was represented by the Secretary to the State Government, Tokunbo Talabi, called on the Permanent Secretaries to continue to imbibe entrepreneurial skills that will make the agencies of government more viable, saying “we are on a long journey together. I urge you to deploy entrepreneurial sense in your duties so that the government can make more impact.

The Governor said the state had great potential which his administration was set to unlock to further improve the fortunes of the state in order to make life more comfortable for the people.

Fagbohun pledged continued support to the government towards moving the state forward to an enviable reference point for more impactful governance.