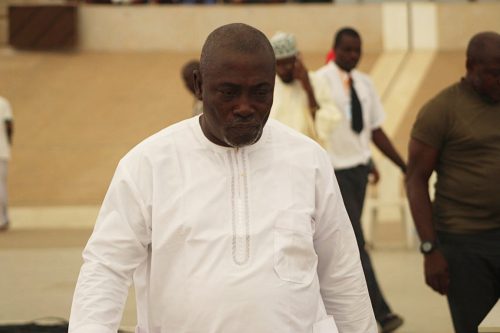 Over 300 Judokas will slug it out at the National Open Judo Trials slated between February 22 and 25, 2022 at the Teslim Balogun Stadium, Lagos ahead of the fast-approaching Commonwealth Games in Birmingham, United Kingdom.

The President of Nigeria Judo Federation, Dr. Musa Oshodi, disclosed this to newsmen on Tuesday in Lagos State.

According to him, over 300 Judokas from the 36 States of the federation and Abuja, the Military, Para-Military and clubs will participate in the trials, which will feature seven weight categories each for men and women.

Oshodi said: “To ensure a hitch free trial, the federation has set up a Local Organising Committee, which is headed by the Vice President, Mrs. Loveth Howell.

“Apart from providing a platform to raise a formidable squad, which will represent Nigeria in the Commonwealth Games holding in Birmingham in the United Kingdom, from July 28 to August 8, 2022, the trials will also herald the new dispensation in Nigerian judo.”

The Judo federation boss also assured that the new board will change narrative of sport in the country.

“For a country that at a time produced African champions, Commonwealth champions and one of the best Judokas in the world to have failed to qualify for three consecutive editions of the Olympic Games is a sad commentary on the state of affairs in our sport.”

Speaking further, Dr. Oshodi also craved for corporate and well-meaning individual to come on board and support the sport.