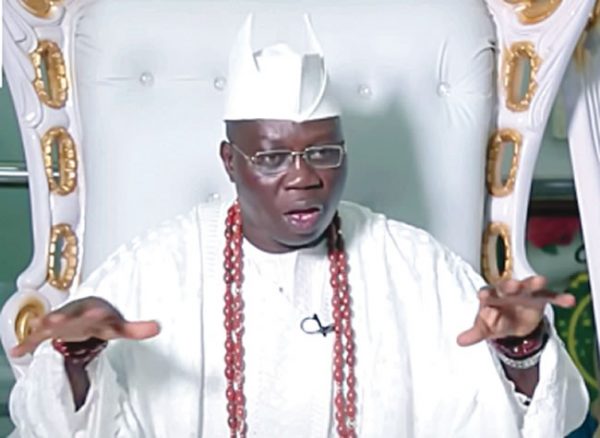 The Aare Onakakanfo of Yorubaland, Gani Adams, has said that the trust of Nigerians in politicians is fading since President Muhammadu Buhari, who was expected to be a messiah, disappointed them.

The Aare Onakakanfo of Yorubaland said this on Sunday during his 52nd birthday celebration in Lagos State.

Adams said: “I can tell you from all indications, the only man Nigerians believed that will save the country was Buhari.

“But he disappointed them.

“All those clamouring to be President now, Nigerians do not trust.

“It is very clear that people are not willing to cast their vote.

“The number of people voting is reducing every time.

“The aspirant that has experience will not be allowed to be president of Nigeria because they have commercialised the political space and that is why we don’t get it right as a country.

“We always advice our politicians not to run away from the way we started.

“If we don’t do the needful, I don’t know what will happen in the next three years.”

The Yoruba leader said that the scholarships given to four students from Ekiti State University, Olabisi Onabanjo University, Adekunle Ajasin University and University of Ibadan were to encourage them to embrace Yoruba studies.

Adams said: “When you talk about culture, some religious groups will think you are promoting something bad.

“But to the glory of God, we have been able to change people’s perception about religion and culture.

“We have a foundation set up to promote our culture and language.

“No nation can develop without taking her culture and language serious.”