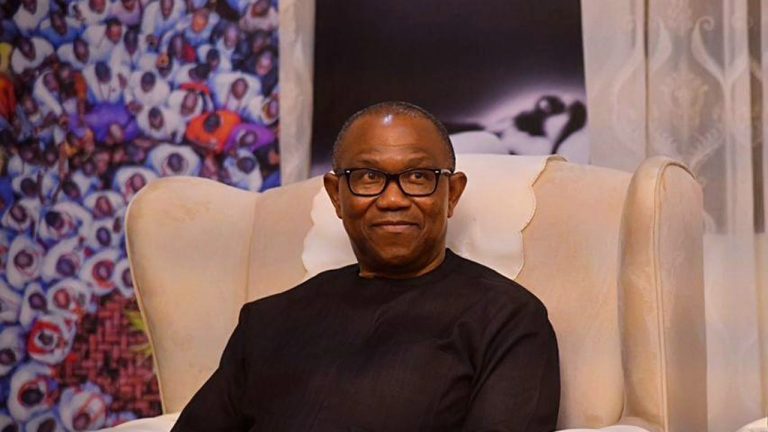 The presidential candidate of the Labour Party for the 2023 polls in Nigeria, Peter Obi, has summed his journey of life, so far, as a manifestation of God’s grace, with a promise that he would never abuse or deny such grace that has kept him going.

At the event over the weekend, Obi reminded the congregation that whatever achievements one makes in life, it is only by God’s grace.

He said that without the hand of God upon an individual, his journey of life would be filled with untold misery.

He acknowledged that he would not have achieved the level of wealth, fame and power if not for the grace and mercies of God.

Obi stated that the same grace that has brought him thus far, would lead him on.

He said: “I am contesting to be the president of Nigeria because I know I am the most qualified for the job, among other presidential candidates.

“I may not have the kind of financial muscle other contestants have, but I have the grace and mercy of God to lead me through to victory because my vision for the nation is genuine.”

Obi explained that it is not only a sin against God, but sin against humanity, for one to abuse God’s grace by mismanaging public funds or living in self-aggrandisement, when given access to power.

He called on all public office holders and politicians to always be careful with their lifestyles and ensure that they discharge their duties to the people, knowing that God would demand account of their stewardship hereafter.

He requested the congregation to always pray for those in power so that they would always use the resources of the state to work for the people.

In his response, the General Overseer of Rhema Church, Lagos, Pastor Anene Nwachukwu, appreciated Obi for coming to spend time and share some wisdom nuggets with them.

He testified that the stellar achievements that has trailed Obi’s journey, both in corporate and political worlds, are bold testament of God’s grace upon his life.

Nwachukwu said: “His administration as a Governor was marked with many landmark achievements around the trajectory of the State.

“Under him, Anambra State went from 26th position to 1st position in WAEC and NECO.

“The health sector of the State came alive under him.

“Accumulated pensions and gratuities, under previous administrations, to the tune of N35 billion, were cleared by him.

“He gave Anambra State a new face and will give Nigeria a new face too, by the grace of God.”