2022: We are set to police with improved vigour, commitment – Edo CP 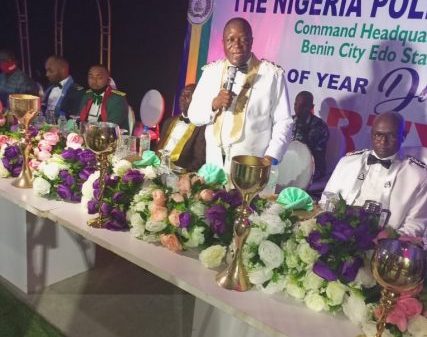 The Commissioner of Police in Edo State, Phillip Ogbadu, on Friday said the command is set to police the state with improved vigour and commitment in 2022.

Ogbadu said this in his remarks during the command’s end-of-the-year dinner held at the Police Officers’ Mess, Benin.

He said that the dinner was to appraise and take stock of activities, challenges and successes of the command in 2021.

He noted that tremendous successes were recorded by the command in 2021, and appreciated all contributors to the successes recorded.

He said: “All security agencies in the state worked in synergy with us, and so we can say that we achieved group successes.

“This year, we are set to police the state with improved vigour, commitment and dedication so that successes recorded last year will be improved upon.

“We appreciate appreciate officers and men of the command for their excellent performance in 2021.”

The CP noted that 2022 would be much better than 2021 and called on residents of the state to cooperate with the command by availing it of information that would help in the fight against insecurity, crime and criminalities in the state.

He also advised the youths to be law abiding and follow the positive footsteps of the adults.

“There is need for us to build the youths in the way they should go because they are the future of the nation,” Ogbadu further said.