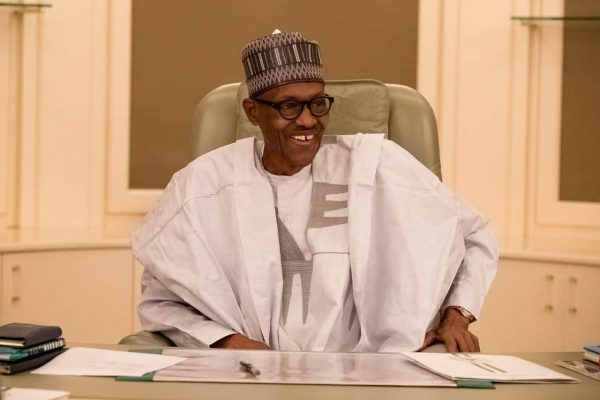 A cross section of Nigerians in Europe have lauded the emergence of President Muhammadu Buhari as the flag bearer of the All Progressives Congress in the 2019 general elections.
Buhari polled a total of 14, 842,072 across the 35 states and the Federal Capital Territory during the party’s direct Presidential Primary to emerge as its 2019 candidate.
Speaking to the News Agency of Nigeria Dr Saidu Abbas, a human rights lawyer in London, described the move as “a positive one for continuity in governance”.
Abbas said that the emergence of Buhari would further consolidate the gains of democracy which has been recorded since 2015.
He said: “This means that there will be continuity in the fight against corruption and the general change agenda of government.”
Similarly, Grace Alu, a member of the Nigerians in Diaspora Organisation, Italy,  in a telephone interview, commended the APC for electing Buhari as its presidential candidate.
Alu described Buhari as the best President the nation has had since the return of democracy in 1999.
She said: “Buhari is the only selfless leader we have had since 1999. Even the opposition can attest to that.
“For Nigeria to move forward, we need someone like him who will put the nation on the right path to nation building.
“I understand the current economic situation in the country but he is not responsible for it, as a matter of fact it would be worst under the leadership of someone else.
“Let’s come together irrespective of ethnicity and religion to support the cause of nation building.”
All others, who spoke with NAN from Switzerland, Germany, France and Belgium, urged Nigerians to be patient as government continues to deliver the gains of democracy.
They advised against voting corrupt candidates into power, saying that such move would take the nation 10 years backwards.
They unanimously agreed that the choice of Buhari was in the nation’s interest in terms of continuity in governance and delivery of tangible results of the change agenda.
Buhari’s main opposition in the 2019 election is former Vice President, Atiku Abubakar,  who emerged as the candidate of the Peoples Democracy Party in a convention also held on Saturday in Port Harcourt.