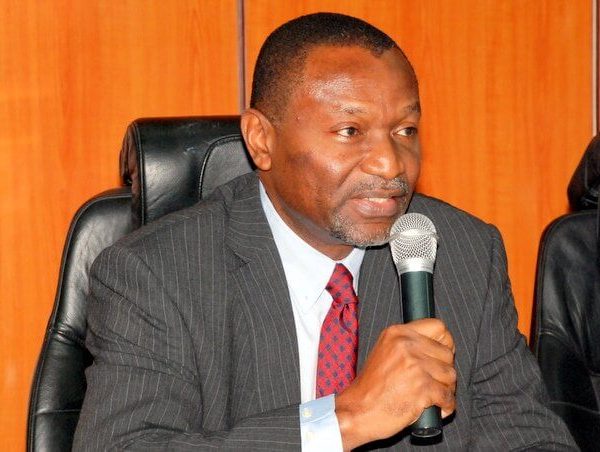 The Minister of Budget and National Planning, Senator Udoma Udo Udoma, says  the Federal Government will borrow N1.6 trillion to finance part of the N9.12 trillion 2018 budget.
The minister said this on Thursday in Abuja at the presentation of the approved 2018 Budget of Consolidation.
The N9.12 trillion 2018 budget was signed by President Muhammadu Buhari on Wednesday after it was raised from N8.61 trillion by the National Assembly.
The budget expenditure was premised on oil price benchmark of 51 dollars per barrel, while crude oil production was bench-marked at 2.3 million barrels per day and exchange rate of N305 to one dollar.
Udoma said N793 billion would be borrowed domestically, while N849 billion would be borrowed from foreign sources to finance the budget deficit.
He added that the overall budget deficit of N1.950 trillion in the budget represented 1.74 per cent of the Gross Domestic Product.
He noted that the projected deficit was within the threshold stipulated in the Fiscal Responsibility Act 2017.
Udoma said that N306 billion was expected from privatisation proceeds and N5 billion from the sale of other government property to part finance the budget.
According to him, the Federal Government expects that oil revenue will make up 41.7 per cent of the revenue for the budget, while Independent Revenue would make up 11.8 per cent.
He also said that proceeds from the Nigeria Customs Service would make up 4.5 per cent as it was expected that revenue would go up significantly.
Other sources of revenue are Value Added Tax, which is to make 2.9 per cent, Company Income Tax 9.2 per cent, Tax amnesty: 1.2 per cent, Signature Bonus: 1.6 per cent and Joint Venture Equity Restructuring to make up 9.9 per cent.
He added that grants and donor funding was estimated to make up 2.8 per cent, while other sources would make up 7.2 per cent of the revenue.
The minister said that recoveries would make up for 7.2 per cent of the revenue, noting that the recoveries were made up of 320 million dollars from Swiss, assets and fines.
Udoma added that the 2018 revenue projections would reflect new funding mechanism for JV operations to allow for cost recovery in lieu of previous cash call arrangements.
He said it would also reflect additional oil-related revenue to include royalty recovery, new/marginal field licences and early licencing renewals.
Others are review of the fiscal regime for oil Production Sharing Contracts, restructuring government’s equity in JV oil assets with proceeds to be reinvested in other assets.
He said: “This will improve efficiency in the operations of the JVs and position them for better revenue performance in the future.”
Udoma added that increase in excise duty rates on alcohol and tobacco and tax administration improvement initiatives would positively affect collection efficiencies across various tax categories.
He, however, said that to get the projected revenue, Federal Government had embarked on some key reform initiatives.
He explained that the initiatives included deployment of new technology to improve revenue collection, upward review of tariffs and tax rates where appropriate, and stronger enforcement action against tax defaulters.
He also said that the Federal Government was improving Government Owned Enterprises revenue performance by reviewing operational efficiency and cost-to-income ratios and generally ensuring that GOEs operate in more fiscally responsible manner.