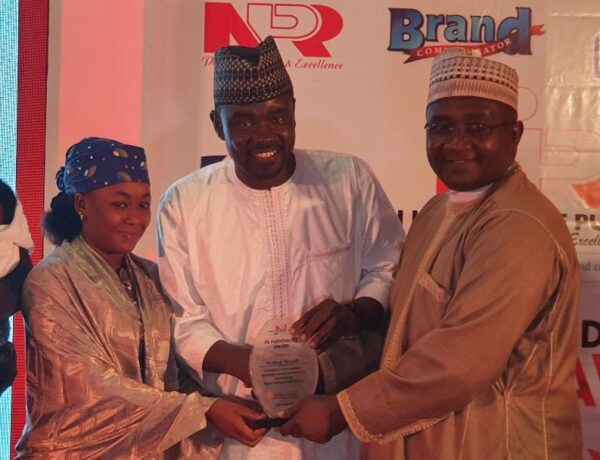 The founder of PRNigeria and author of: “An Encounter with the Spymaster,” Yushau A. Shuaib, has bagged the PR Personality Award from the national headquarters of the Nigerian Institute of Public Relations at an event in Lagos.
The President of the Institute, Mallam Mukhtar Sirajo, said the President Award was presented to Shuaib in recognition of his exemplary contributions towards the advancement of the ideals of the institute.
Shuaib is a graduate of Mass Communication from the Bayero University Kano, with a Master’s Degree in Public Relations from the University of Westminster, London.
He is a consummate writer and crisis communicator per excellence.
He has practised PR since his university days, winning NIPR Best PR Student in 1992 and later emerged the PR Man of the year in Kano-Jigawa Chapter in 1995 and Digital PR Personality from Abuja NIPR Chapter in 2019.
Immediately after his youth service when he won Local, State and Presidential National Youth Service Corps awards with automatic employments, he served as Public Relations Office, Delta State Government House, Asaba and later Press Secretary in various Federal Ministries, including Information, Finance, Health, Revenue Commission and the National Emergency Management Agency.
In the course of his career as a PR person and writer, he has published over 300 articles in the media.
He has consulted for the Office of the National Security Adviser and provides crisis communication services to critical institutions, including the Military, Security, Intelligence and Response Agencies.
Through some of his initiatives, especially the PRNigeria and Economic Confidential magazine, his firm has consistently won the African PR Awards in South Africa 2016/7, Morocco 2017, Botswana 2018 and Kigali 2019.
At the global scene, Shaibu’s firm remains the only PR agency in Africa to have consistently won IPRA Golden World Award on Crisis Management in Qatar 2016, Bulgaria 2017, Spain 2018 and Armenia 2019.
Some of his published books include: “Writings for Media,” “Online Public Relations – A Case of Nigeria,” “Boko Haram Media War: An Encounter with the Spymaster,” while his new Book is titled: “Award-Winning Crisis Communication Strategies,” which is due to be out in January 2020.