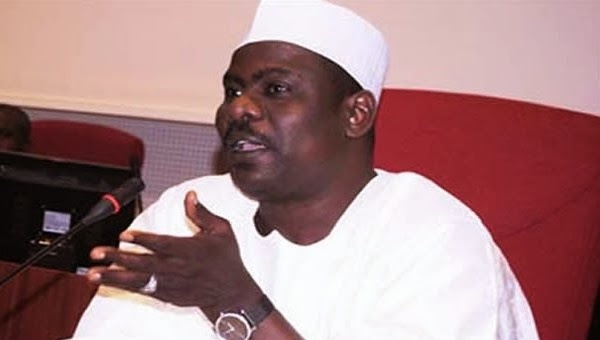 Chairman, Senate Committee on Army, Senator Ali Ndume on Wednesday, said that he reintroduced the Peace Corps Bill to harmonise their responsibility with that of other security agencies in the country.
Ndume made this known at a press briefing in Abuja.
News Agency of Nigeria recalled that the Senate had on July 25, 2017 passed the Bill Establishing the Nigerian Peace Corps.
The bill is to empower and provide employment for the youths, facilitate peace, volunteerism, community services and nation building, he explained.
NAN also reported that President Muhammadu Buhari had in 2018,  declined assent to the bill, citing financial implication and duplication of duties among reasons for his decision.
While speaking to journalists, Ndume said there was the need to have an institution such as the Peace Corps that would play its role in terms of adding value to the security of the country.
He said the purpose for which the Peace Corps was formed was not a new thing because the corps was found in so many countries and was recognised by the United Nations.
“Last time we passed it in the 8th Senate, the president declined assent to it the reason proffered by the president is germane that is, he said there is paucity of funds in the country.
“Secondly, he said there is a kind of duplication on the role they are supposed to play and that of the security outfits already existing and not that the president said that the idea of having Peace Corps is not good,” he said.
NAN reports that the Peace Corps Bill was reintroduced for first reading in the Senate on Tuesday.