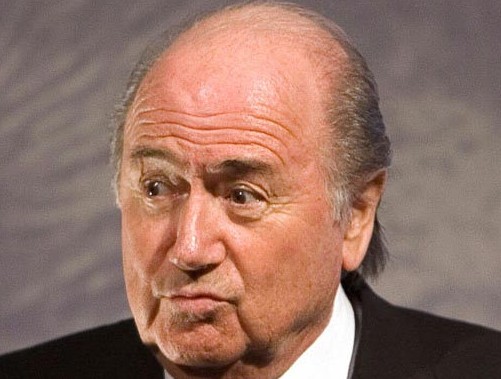 The Federation of International Football Associations on Wednesday hailed the victorious Golden Eaglets for their triumph at the 2013 FIFA U-17 World Cup in the United Arab Emirates.
A statement from Ademola Olajire, the Assistant Director (Media), Nigeria Football Association, in Abuja, said FIFA President, Sepp Blatter, sent a letter describing the Golden Eaglets as worthy winners.
The Golden Eaglets won their record fourth U-17 World Cup title at the 2013 edition of the tournament, which was held from October 17 to November 8.
Nigeria took the title following a 3-0 defeat of Mexico who they had earlier beaten 6-1 in the preliminary stage.
The statement said the letter was addressed to NFA President, Alhaji Aminu Maigari.
The statement by Olajire said: “The FIFA U-17 World Cup UAE 2013 lived up to all its promises with some thrilling matches, fantastic goals, incredible emotions and unbelievable twists and turns.
“All of these combined to keep the fans on the edges of their seats on the final day in Abu Dhabi last Friday.
“In the end, the Nigeria U-17 team saw off the challenge of their Mexican counterparts to claim an unprecedented fourth world title following previous triumphs in 1985, 1993 and 2007.
“On behalf of the international football family, I would like to extend our warmest congratulations to the team.
“I also want to congratulate their coach and the entire technical, administrative and medical team, and to all your fans.”
Blatter observed that the team’s victory was a product of hard work and professionalism.
He was quoted as saying: “Victories such as these are always based on hard work, professionalism, and attention to detail, as well as passion and a love for the game.
“I have no doubt that all of these bode well for a very bright future, and wish you continued success with your work in the years to come.”
Meanwhile, the world football governing body has invited Eaglet players, Kelechi Iheanacho and Dele Alampasu, to the FIFA Ballon D’or gala in Zurich, Switzerland on January 13, 2014.