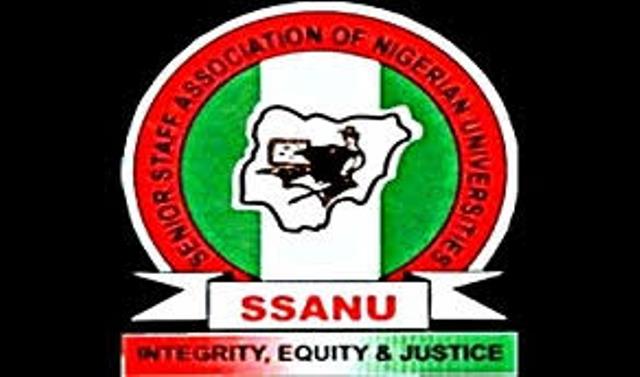 Wale Akinremi, the Chairman, Senior Staff Association of Nigerian Universities, University of Ibadan, says there is 95 per cent compliance on the five days warning strike directive by its national body.
The News Agency of Nigeria reports that Akinremi made this disclosure in Ibadan on Monday while speaking on the resolve of SSANU and Non-Academic Staff Union determination to get government attention on their three points demand.
He said: “The non-teaching staff in the federal universities in Nigeria are on strike because of the failure of the government to listen to our plea and our position on the welfare of staff as well as development of the universities.
“Specifically, we have three issues that we are dragging; one is on our agreement with the government since 2009 on the monetary aspect, but government has not been attending to our request.
“Secondly, on the issue of the university staff school teachers, they were erroneously sacked by the government; we protested at that time, government took us to court and we got judgement in favour of the teachers but till date, government has yet to implement the judgement.
“These teachers are languishing in penury; the pupils don’t know what becomes of their future. The staff schools have produced ministers, senators and professors among others. The onus is on us to make sure that our institutions thrive.
“Thirdly, in that agreement, it is stated that we should be meeting every three years to review the position to know how far we have gone or if we are not moving at all and what we can do to move forward.
“It is not all about money, the whole world should know that we are not only asking for money.”
Also, Malachy Etim, the NASU chairman UI, said all members of NASU are eager to comply because their welfare needs to be improved upon.
Eti said: “If there is any lecture going on, it is the work of the lecturers as teaching is not our responsibility. We have locked some classrooms but some lecturers have the key, so they can open them.
“But offices are under lock. We are telling the federal government that failure to call us to a roundtable, we will declare an indefinite strike and close down all the universities.”
NAN reports that the Univerisity of Ibadan gate was heavily guarded by security agents both by the men of the Nigerian Police Force and that of the Department of State Services.
NAN also reports that there were no vehicular movement into the campus as the gate was partially barricaded with mats spread across the road by the unions on strike.
However, some of the students who spoke with NAN on grounds of anonymity said some of them had lectures while some said they were unable to get access into their classrooms.