Sanwo-Olu, Ayade, others seek end to child marriage in Nigeria 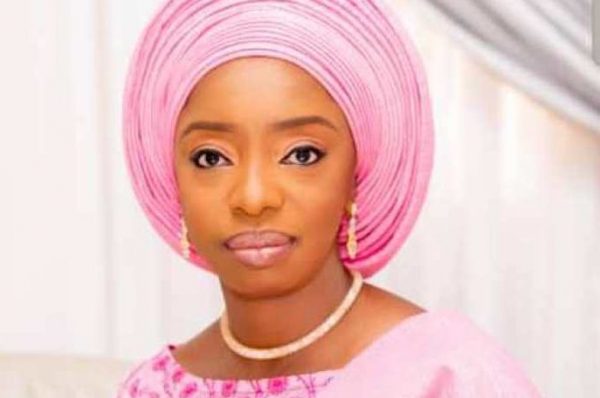 Wives of the Governors of Lagos and Cross River have joined other stakeholders in calling for decisive actions towards ending the scourge of money marriage in Nigeria.

They made the call on Thursday at the Lagos Chamber of Commerce and Industry (LCCI) women group event, with the theme: “Stop! Don’t Pawn the Girl -Child” in Lagos.

Ibijoke Sanwo-olu, wife to the Governor of Lagos State, described the pawning of the girl-child as one of the greatest human right abuses in our contemporary society.

Sanwo-Olu, represented by  Abosede Ogundimu, said the culture of money marriage was a life changing modality for many girls forced to trade their childhoods for a life of dehumanisation.

She stressed the need for people to be educated and enlightened, about the evil of pawning the girl- child for whatever reason.

“It is a tradition that threatens the future of the girl-child, robbing them of the opportunity to make decisions about their lives, disrupting their education and making them more vulnerable to violence discrimination and abuse.

“We must cut off its root causes while it widely acknowledged the dominant cause is poverty.

“The more we keep silent and refuse to take decisive actions, the more difficult it is to defeat this monster that has continued to strip young girls of their dignity and confine them into a life they did not bargain for,” she said.

Also, Linda Ayade, Wife of the Governor of Cross River, in her remarks, described money marriage as a strange, primitive, and barbaric concept yet to be fully destroyed among people in Cross River State.

Ayade, represented by  Stella Bisom, official of Cross River government, however revealed that engagements were under way with the government, traditional rulers, and non-governmental organisations to abolish the practice.

She revealed that her NGO, Mediatrix Development Foundation, had reached out to over 200 beneficiaries, 95 per cent of whom are females, who are victims of money marriage, equipping them with skills, funds and education to live better lives.

Phumzile Mlambo-Ngcuka, Executive Director, UN Women, noted that Nigeria had the highest cases of child bride with more than a third of her girls in underaged marriage and 22 million married before the age of 18.

“When early child marriage is firmly addressed and eliminated, the girl-child can achieve far-reaching potentials with positive impacts on family and society generally.”

Mabogunje said that these efforts should create awareness, establish enforceable legal frameworks, monitor and prosecute abuses, and empower the girl-child to make seamless reporting of abuse without any form of stigmatisation and threats to life.

“Emerging media reports and data show that “1 in 3 women worldwide have experienced physical or sexual violence”.

“Since the outbreak of COVID-19, violence against women and girls (VAWG), and particularly domestic violence, has intensified.

“With 49 per cent of Nigerian women married under 18, Nigeria has the world’s highest number of child brides, according to data from the United Nations.

“This calls for more actions beyond the government’s efforts,” she said.