Rite Foods Limited, a truly world-class and proudly Nigerian foods and beverages company, on Friday, dazzled fans of celebrities, sport lovers, guests and Lagos residents as it threw its weight behind the 11:45 edition of Elegushi Peace Cup, that kept fans, spectators and guests in excitement.

The Elegushi Peace Cup was characterized by celebrity football matches at the Campos Mini Stadium, Lagos Island, to commemorate the 11th coronation anniversary and 45th birthday celebration of His Royal Majesty, Alaiyeluwa, Oba Saheed Ademola Elegushi (Kusenla III), the Elegushi of Ikateland, who also flagged off the tournament. 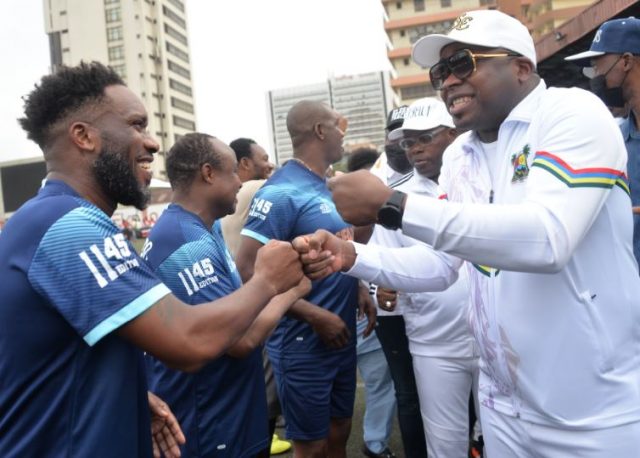 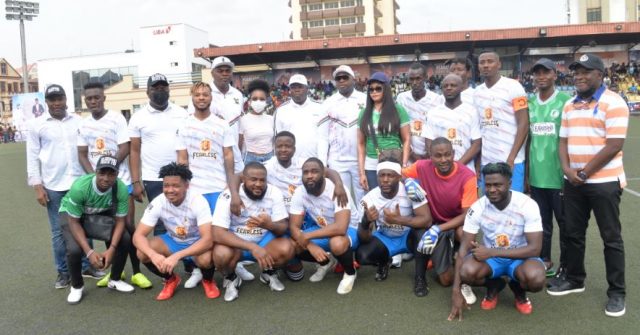 According to Oba Saheed Elegushi, the vision of the Elegushi Peace Cup is to promote peace and unity through passion. It is His Royal Majesty’s belief that for peace to reign in Nigeria, every stakeholder must rise up at this critical period with good initiatives that will complement the existing efforts by the various arms of government, and that ‘the traditional institution, as the custodians of the nation’s history and heritage must be supported to lead this new drive.’

“While the ‘Elegushi Peace Cup is the project, the Legends for Peace is the platform,” he said.

In her remark, the Assistant Brand Manager, Rite Foods Limited, Bolu Adedugbe, stated that the company, is committed to promoting the cultural values and heritage of the people as well as youth and sports development by creating valuable experiences through such platforms, hence, it has decided to celebrate with the Oba who is keenly interested in youth and sport development.

“Elegushi Peace Cup created the platform for us to emotionally connect with our consumers and actively engage in community development to encourage sports and promote peace. The Fearless energy drinks brand being the frontline sponsor shows the brand is on the right platform as it has created its desired experience for consumers,” she stated.

She further congratulated the Oba for being a pillar of support for youths by championing causes to promote peace and unity.

It was an exciting experience for all as four teams which comprised team Nollywood, team Music, team Comedy and team Soccer, played a novelty tournament to promote peace and unity among Nigerians, especially the youths.

In the tournament, Team Nollywood emerged winners, thus clinching the trophy, with the next edition dubbed 12:46.

The ‘Fearless’ Energy brand as well as other Rite Foods products were readily available to keep all players, guests and fans refreshed and energized for the occasion that was spiced up by entertaining moments of football played by A-list celebrities and ex-international award-winning players, leaving fans clamouring for more enjoyment already created by the Rite Foods brand.

When we put Nigerian flag on our products, people said nobody would buy — MD, Rite Foods