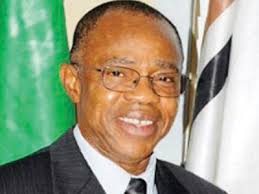 The President, Manufacturers Association of Nigeria, Dr. Frank Jacobs, says with the current economic situation, the country may not be out of recession in 2017.
Jacobs told the News Agency of Nigeria on Wednesday in Abuja that there was the need to introduce policies and initiatives to control the economy.
Jacobs said government needed to take steps to shore up the manufacturing sector by ensuring that the concessionary Forex allocation to the sector was effectively implemented.
He said interest rates needed to be reduced to not more than five per cent and more development banks should be established to provide long-term funding for manufacturers to encourage more investment.
Jacobs said: “One cannot say for sure that the recession will be over in 2017.
“Manufacturers are now patronising the parallel market for their Forex requirements but this is at a very high exchange rate.
“Unfortunately, after production, consumers may not be able to purchase such products, which may lead to the closure of some of the factories.
“I have not seen anything to suggest that, at least not from the perspectives of the manufacturing sector.”
He said that from all indications, “it appears that the Forex situation in the country had not improved”.
Jacobs said that there seemed to be no respite in sight, considering the price of crude oil in the international market and the activities of militants in the Niger Delta.
He said that the development of support infrastructure should be fast attacked to facilitate the country’s industrialisation effort, adding that this would enhance the economic situation of the county.
Recently, economic experts predicted that 2017 would be tougher than 2016, adding that the economy might not recover until 2018.
The experts also said that due to continued rise in inflation, Naira to Dollar might remain in the 450s.
It was also predicted that with liquidity squeeze, many more businesses would fold up, leading to job losses and more poverty.

FG seeks $3.5b from IMF, AfDB to support implementation of 2020 Budget