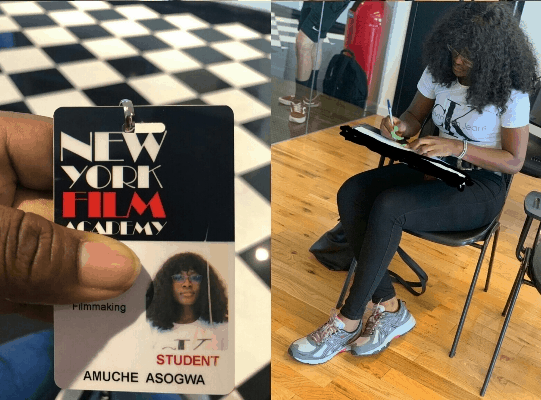 Alex Asogwa aka Alex Unusual, BBNaija (S3) 3rd runner-up has been admitted into the New York Film Academy.
News Agency of Nigeria reports that the 23 year old star, on Monday, revealed that she was currently studying film making at the prestigious institution.
She shared her student identity card on Instagram @alex_unusual with the caption, “Been at it for a while but getting kudos for excellent assignments done just gives me joy all the time”.
Following the announcement, fans of the actress, dancer and model took to social media to share their excitement.
@Swankyjerry wrote, “A baby girl for life. Congratulations queen. Get everything.”
@Ricoswavey-official said, “Now, that’s what I am talking about. Congratulations girl.”
@Beerburus said, “Yes. This is it. I am so happy for you. May the almighty God continue to bless you. Keep soaring.”
@Yobolised wrote, “Bragging rights get levels and this is it. Congratulations my dear. Keep soaring like the eagle that you are.”
@aleunusual_the_amazon wrote, “If you can dream it, You can achieve it.”
@Lexysweetner_lovers wrote: “Student mode activated; What can God not do??
Also, Veteran Actress Ngozi Nwosu @oficialngozinwosu said: “Go and come out in flying colours my love.”
NAN reports that Alex garnered acclaim during her stint in the house for her dance steps and easy interaction with other housemates.
She received One million naira for being the ‘most fun housemate’ during the season.
Prior to the show, she was a 300 levels student, studying Agricultural Sciences at the University of Nigeria, Nsukka but dropped out after feeling impassioned about the course.
The decision drew criticisms from some viewers who felt she sacrificed her education for fame.
Alex, however, pursued her passion in acting.
In June, she rounded up shoots for her acting debut in the Ayo Makun-produced ‘Merry Men 2′.