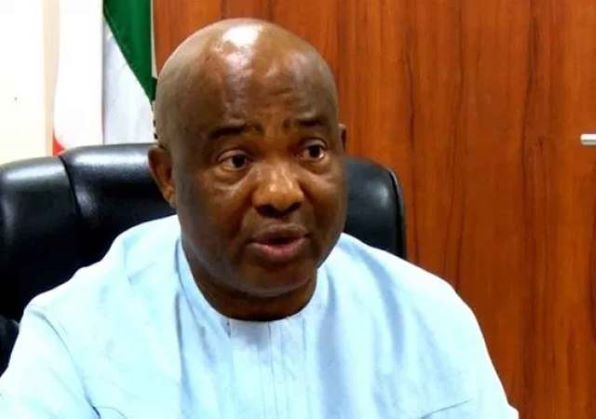 The Medical and Health Workers Union of Imo Specialist Hospital has embarked on industrial action to protest against the alleged 30 per cent cut in their salary.
The News Agency of Nigeria reports that the workers, numbering at least 300, have sustained the protest for about 11 days to press home their demand for the reversal of the pay cut by the Imo State Government.
The protesters, comprising medical doctors, nurses and pharmacists, said they would sustain the protest until their demands were met by the government.
NAN further reports that former Governor Rochas Okorocha had during his tenure slashed the salaries of the workers in the hospital by 30 per cent.
The protesters barricaded the main entrance to the hospital, making it difficult for patients to get medical attention.
Speaking to newsmen, the Chairman of the Joint Action Committee, Dr. Elias Anumudu, said the protest and strike would be sustained until government restored their salary to 100 per cent.
Anumudu urged Governor Hope Uzodinma to consider the plight of workers in the hospital and quickly pay their full salary with the arrears, including promotion arrears as applicable to their counterparts.
He said: “We embarked on this protest since last week Monday and we have also been on strike to make government see our plight.
“We will be grateful if the government will resolve the problem immediately to enable us to commence work in the hospital.
Also, Dr. Justin Echendu said health workers had continued to suffer marginalisation in spite of their performance and commitment to excellent service delivery.
Echendu said the administration of former Governor Emeka Ihedioha promised to reverse the salary cut, but failed to do so.
“We were promised that we will get full salary in January, but unfortunately we have received the salary and the situation is still the same,” she said.