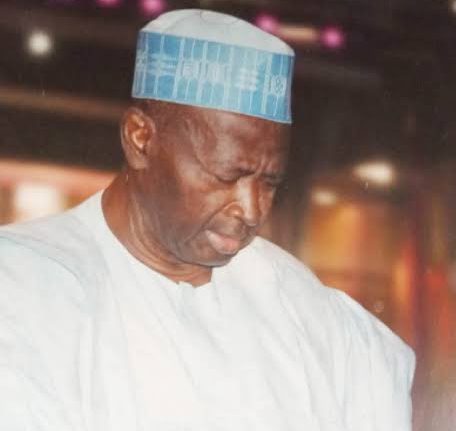 Governor AbdulRahman AbdulRazaq of Kwara State has announced the death of Dr. AbdulKadir Oniyangi, a foremost Northern Nigeria Medical Doctor.
AbdulRazaq on Thursday in Ilorin described the death of Oniyangi as the end of an era.
He said this in a statement issued by Rafiu Ajakaye, his Chief Press Secretary.
According to AbdulRazaq, the contributions of Oniyangi to the development of Kwara State are well documented for history.
He stated that Oniyangi was a trailblazer in the public health sector in the entire Northern Nigeria, adding that he was in fact one of the first medical doctors in the region.
“He was the former Head of Service and Secretary to the Military Government in Kwara between 1984 and 1985, and also a distinguished public administrator who served the state and Nigeria meritoriously,” AbdulRazaq said.
He noted that Oniyangi’s tenure as the President of the Ilorin Emirate Descendants Progressive Union was very outstanding, while he also served as commissioner at the Independent National Electoral Commission.
The governor commiserated with the entire Oniyangi family of Ilorin on the death of the elder statesman, while saying that “his death at this moment of our history is painful”.
“We pray the Almighty Allah to grant him Al-jannah and stand by his family now and always,” he said.