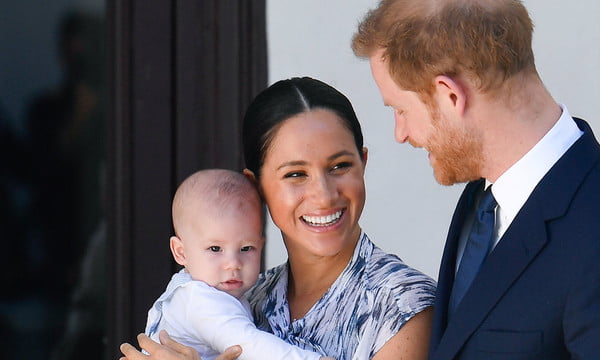 Prince Harry, The Duke of Sussex, has arrived in Canada to begin his new life with his wife, Meghan and son, Archie.
According to reports, the 35-year-old, who recently relinquished his royal duties, was pictured leaving a commercial flight in Vancouver on Monday evening.
Hours before his departure, Harry took part in an engagement with Prime Minister, Boris Johnson, and African leaders before boarding a British Airways flight from Heathrow.
The outing comes shortly after the Queen announced Prince Harry and Meghan’s decision to step down as senior members of the royal family.
The couple along with their son, Archie, will now split their time between the UK and North America as they begin transition into their new independent life.
However, Harry told guests at a charity dinner for Sentebale that the UK will always be his home and that he and Meghan had hoped to serve the Queen and country.
He said: “The UK is my home and a place that I love, that will never change.
“I have grown up feeling support from so many of you, and I watched as you welcomed Meghan with open arms as you saw me find the love and happiness that I had hoped for all my life.
“It has also been a privilege to meet so many of you, and to feel your excitement for our son, Archie, who saw snow for the first time the other day and thought it was bloody brilliant.
“I will always have the utmost respect for my grandmother, my commander-in-chief, and I am incredibly grateful to her and the rest of my family, for the support they have shown Meghan and I over the last few months.
“I will continue to be the same man who holds his country dear and dedicates his life to supporting the causes, charities and military communities that are so important to me.
“We are taking a leap of faith, thank you for giving me the courage to take this next step.”
NAN reports that Britain’s Queen Elizabeth has given her blessing to grandson Prince Harry and his wife Meghan’s wish for a more independent future following crisis talks involving the most senior members of the royal family.
“My family and I are entirely supportive of Harry and Meghan’s desire to create a new life as a young family,” the 93-year-old monarch said in a statement.
She added: “Although, we would have preferred them to remain full-time working members of the Royal Family, we respect and understand their wish to live a more independent life as a family, while remaining a valued part of my family.”
She said there would be a transition period during which the couple would spend time in the UK and Canada, adding there was more work to be done on finalising future arrangements for the couple.