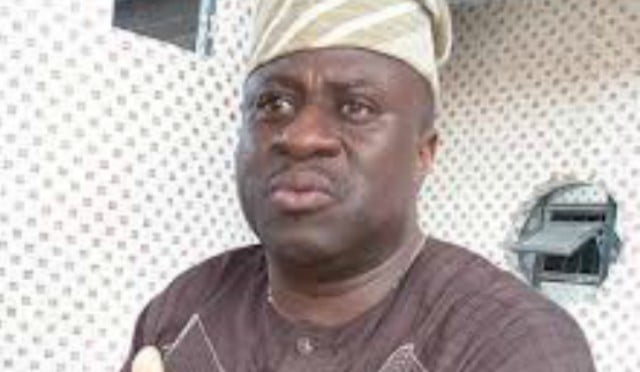 The Special Adviser on Strategy and Political Matters to the Governor of Oyo State, Engr. Seyi Makinde, Hon. Babatunde Oduyoye, said on Tuesday that the letter credited to the Attorney General of the Federation and Minister of Justice, Abubakar Malami, on the matter of Oyo State Local Governments is sub judice.
Oduyoye stated that as far as the matter was still before the Court of Appeal, no one is expected to take extra-constitutional measures except such a person is nursing ulterior motives.
“The matter is in court and as far as we are concerned, it is sub judice,” the Political Adviser said, adding that Malami must have committed an obvious blunder by taking a step against the interest of the judiciary and the Constitution he was meant to protect.
According to Oduyoye, the Government of Oyo State was not oblivious of the intent of some elements in the main opposition party in the State, the All Progressives Congress, to plunge the State into crisis and possibly make it ungovernable.
According to the former Chief Whip of the Alliance for Democracy in the House of Representatives, the purported letter from the office Malami was part of the grand plot to frustrate the Makinde Government, thereby preventing him from delivering the dividends of democracy to the people of Oyo State.                                                                                                                                      In a statement he personally signed, the Political Adviser said the APC’s plan to fight Makinde to a standstill and create tension in Oyo State, thereby forestalling the monumental developmental objectives of his administration would come to nought because, according to him, the people of Oyo State have seen through it all.
Oduyoye maintained that intelligence reports had already indicated that leaders of the APC had marked Makinde as their public enemy number one due to his soaring public image.
He said: “We are aware that a number of politicians are unhappy with the growing popularity of Governor Makinde and especially the recent launch of the Western Nigeria Security Network popularly known as Amotekun.
“The APC in Oyo State has, ever since it lost the March 9, 2019 governorship election, been hell-bent on retaking the seat through the illegal means. We are aware of the several underhand means and dirty tactics they have deployed and were at a stage christened: ‘Pakute Politics.’”
Oduyoye further stated that through the statement made by a serving Senator of the APC, who indicated that his party had set traps for Governor Makinde, it became clear that the desperation of APC elements knows no limits.
He warned the Federal Government and its agents to be wary of their actions, especially as they affected the local government debacle in Oyo State, as the matter was still in court.
He said: “We have read a letter being circulated in the social media by elements of the APC in which the Minister of Justice and Attorney-General of the Federation, Abubakar Malami (SAN), gave a directive to Governor Seyi Makinde to reverse the House of Assembly’s decision to suspend the 68 illegal chairmen of local governments in Oyo State.
“That directive, apart from being unconstitutional and misplaced, is part of the APC’s grand plot to cause a major crisis in Oyo State in order to destabilise the Government of Governor Makinde and ultimately make the State ungovernable.
“We have intelligence report over series of meetings held by APC leaders, who now feel threatened by Governor Makinde’s soaring profile. They are worried at the manner in which he defeated the APC at the polls and were ashamed that the Supreme Court thwarted their organised attempt to steal his mandate.
“Makinde’s enemies in the APC have also found it repulsive that his stance on the Western Nigerian Security Network, popularly named Amotekun, was driving the security outfit to success.
“We are really not surprised by the desperation of the APC to destabilise Oyo State, ever since it failed in the Governorship election, it has been employing underhand tactics to steal Makinde’s mandate and one of its senators, Teslim Folarin, had even gone as far as saying that the APC had set two traps for the Makinde Government.
“Let us warn those elements who are pushing to destabilise Oyo State through the unholy resurrection of the sacked Council Chairmen that the people of Oyo State will not be used as a tool by unscrupulous elements.
“The Federal Government also needed to be reminded that Nigeria is a federation, with constitutionally guaranteed democratic systems. We urge the government at the centre to await the decision of the court on the matter of Local Government councils in Oyo State rather than use attempt to resort to illegality and measures that are not backed by the Constitution of the Federal Republic, 1999.”

Ex-APC spokesman to Oshiomhole: You caused our loss in Bayelsa