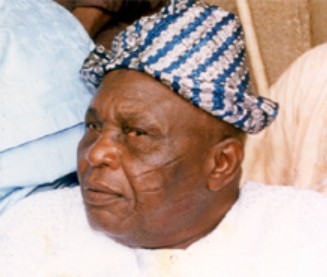 Associates of the late politician, Chief Lamidi Adedibu, on Wednesday converged at his Molete residence in Ibadan, Oyo State to celebrate the fifth anniversary of his death.

The News Agency of Nigeria recalls that Adedibu, a leader of the Peoples Democratic Party in Oyo State, died on June 11, 2008.

Adedibu died at 81 at the intensive care unit of the University College Hospital, Ibadan, after he was brought in unconscious.

The late politician was said to have died of a diabetes-related ailment.

NAN reports that the occasion featured a prayer session for the deceased and his family.

The prayer session was led by Sheikh Suara Haruna, the Chief Imam of Ibadanland.

The forum also witnessed  the launching of the Lamidi Adedibu Foundation.