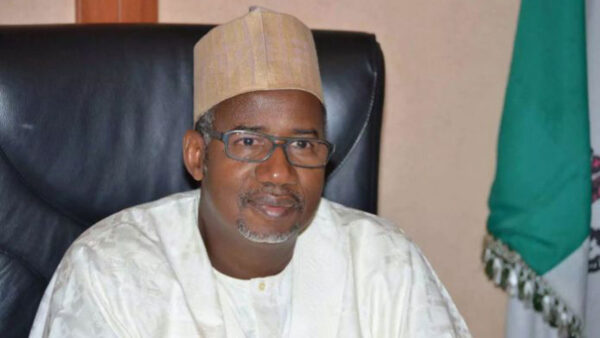 The Bauchi State Police Command has uncovered 43 rifles and 1,117 ammunition hidden at the Lame/Burra forest in Ningi Local Government Area of the state.
Governor Bala Mohammad disclosed this when the weapons were displayed at the Government House, Bauchi on Wednesday.
Mohammad said the weapons were recovered in collaboration with a renowned hunter, Malam Ali Kwara, and his team.
He said: “The weapons were recovered at Burra/Lame forest by the police in collaboration with the Ali Kwara team.
“They confiscated them from bandits who are now at large.
“There are informants within and outside Bauchi that are helping us to do this.”
The governor said the feat was achieved following collaboration by the State Government, Kwara and the police.
Mohammed also said the state would encourage community policing in order to identify bandits and armed robbers who migrated from other states to Bauchi, looking for safe haven.
Mohammed vowed that there would be no hiding place for criminals in the state.
He said: “We will now surrender the arms and ammunition to the Nigeria Police Force for custody.
“We urge the military to collaborate with the Ali Kwara team; we are ready to support them in terms of mobility and logistics.”
Earlier, Kwara said the recovered guns were buried underground in the forest by bandits.
He said: “There is an armed robber we have been trailing for long.
“He is involved in kidnapping in this area and he also operates in Taraba, Benue and Plateau.
“He usually comes from Zamfara.
“The guns that you are seeing today, I got information from a boy that some strangers have smuggled arms into the state and that he took part in burying the guns underground.
“He took us to the forest, where we recovered the arms.”