Thousands of Rivers State women, including traders, took to the streets of Port Harcourt, the Rivers State capital, on Thursday in a peaceful protest to declare that the State Resident Electoral Commissioner, Ubo Effanga, who conducted the 2019 General Elections in the State, must remain and should not be transferred out of the State.
The women took off from the popular Isaac Boro Park as early as 9am, carrying placards with various inscriptions.
Such inscriptions included: Rivers women say Amaechi cannot be Governor for 3rd term; Awara, when and where did you campaign; Wike must come back for second term; INEC collate and declare governorship election result in Rivers State; and Enough of this long delay, trekked to the office of the Department of State Services along Forces Avenue, Old GRA, Port Harcourt, where their leaders were addressed by the representative of the State Director of the DSS.
The women, who spotted white vests, chanting: “No Wike, no Rivers State,” defied the scorching sun and proceeded to the State Police Headquarters, Moscow Road,, where they were addressed by an Assistant Commissioner of Police, Betty Otimeh, who stood in for Commissioner of Police, Usman Belel, who was said to be unavoidably absent.
Speaking on behalf of the women, the leader of the protesting women and Rivers State Commissioner for Women Affairs, Ukel Oyaghiri, said they came to express appreciation with the way the police conducted the affairs during the elections and urged them to keep up the tempo.
Oyaghiri said Rivers women are getting agitated over the delay in announcing the results of the Governorship Election that was conducted since March 9, 2019.
She said: “Rivers women have come to express our displeasure on the delay to announce the Rivers State election results.
“All other States have had their results announced with winners emerged and even court injunctions that had to do with stoppage of election process in every other states have been vacated.
“But in Rivers State where election took place and collation has been done, INEC has refused to announce the results, and this has put all women in suspense.
“As women who have passed through thick and thin in course of the election, we cannot keep quiet over the delay in announcing the results.”
She spoke amid thunderous ovation from the enthusiastic crowd, whose presence obstructed free flow of traffic at Moscow Road, forcing vehicles to divert through Hospital Road and Marine Base By-pass.
Oyaghiri went on: “Some of us were beaten and in resisting, some horrible things were done to us. And that is why we have come here to say, ‘INEC please declare our results.’”
The Women Affairs Commissioner stated that the delay in announcing the results has put the State into comatose and urged the INEC Chairman, Prof. Mahmood Yakubu, to ignore calls from enemies of Rivers State for the removal of Effanga.
She said: “We don’t want Effanga to be removed.
“He has started this work and he should be allowed to finish it.
“If you remove Effanga, who conducted the election, is it a person who was never privy to the conduct of the election that you will bring?”
The women alleged that the All Progressives Congress has perfected plans to disrupt the collation and announcement of governorship results in Rivers State, scheduled for April 2 to 5, 2019.
Responding, Otimeh thanked the women for their peaceful disposition during the protest and assured that their messages would be delivered to Belel, with appropriate actions taken where necessary.
“We assure you that at every point in time the police will be there to provide adequate security of lives and properties in the State,” she declared. 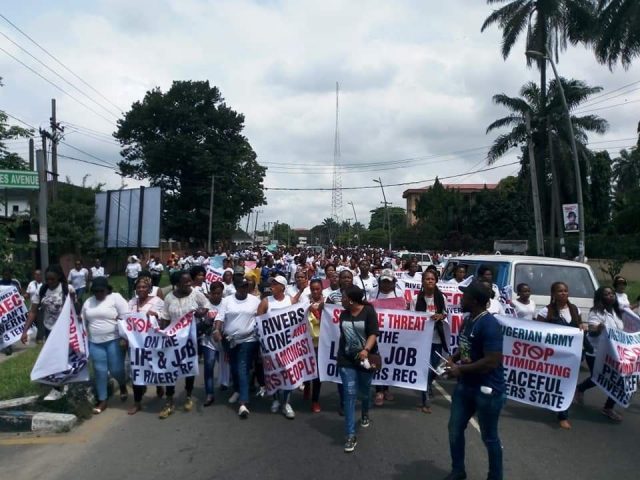 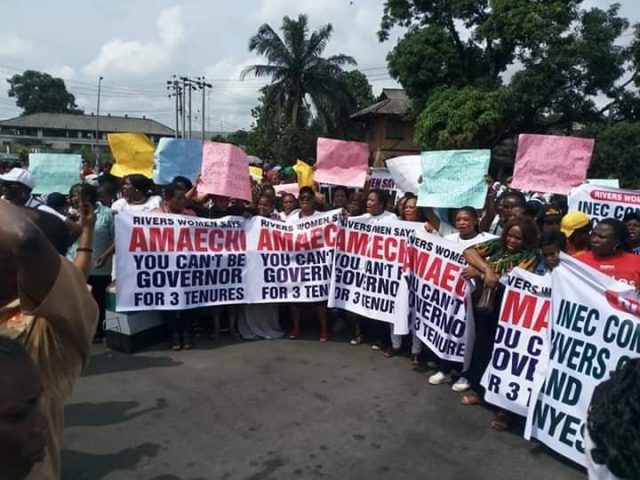 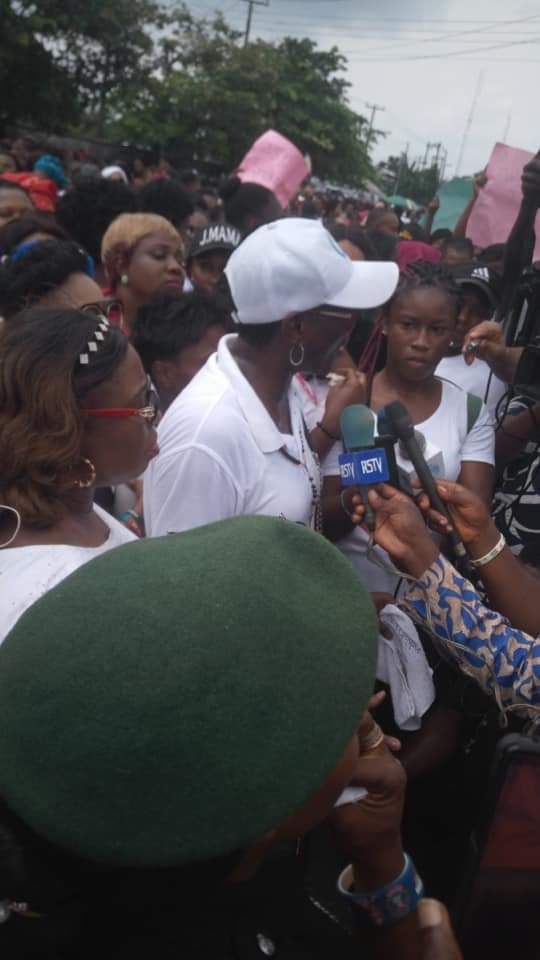