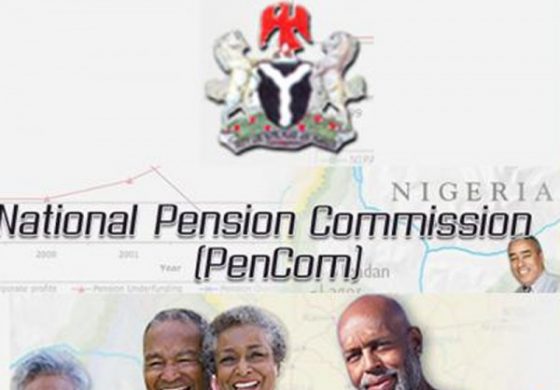 The National Pension Commission says total pension fund assets have grown to N8.63 trillion as at December 2018.
Aisha Dahir-Umar, its Acting Director-General, disclosed this at the public hearing of the House of Representatives Ad-hoc Committee in Abuja on Thursday.
The committee is mandated to investigate activities of PenCom and alleged violation of Acts establishing it.
Dahir-Umar said the fund had an average monthly contribution of N29.15 billion, while the total pension assets were equivalent to 7.40 per cent of the Nigerian rebased GDP.
She said that the pool of pension funds generated by the Contributory Pension Scheme had aided the deepening of Nigeria’s financial sector.
The PenCom boss said that the fund had also provided a platform for attaining strategic programmes of government in the areas of infrastructure, housing and the development of the real sector of the economy.
She said that the number of registered contributors grew to 8.41 million as at December 2018.
According to her, this figure represents about 12.09 per cent of Nigeria’s working population and 4.29 per cent of total Nigeria population.
She said that the Contributory Pension Scheme had simplified the process of payment of retirement benefits through the issuance of effective regulations and guidelines for accessing such benefits.
Dahir-Umar also disclosed that 260,808 persons had retired under the Scheme as at December 2018 and were currently receiving pensions as and when due with an average monthly pension payment of N10.18 billion.
She said: “The pension reform has gained public confidence and acceptability within the short period of its implementation.
“The private sector, which hitherto was apprehensive of the CPS as a ploy by the public sector to raise funds to address its huge pension liabilities, has come to accept and is religiously implementing the reform.
“To date, about 200,000 private sector employers of labour are implementing the CPS and have contributed about 60 per cent of the total pension fund assets.
“The Contributory Pension Scheme has also introduced transparency and integrity in the pension administration system in Nigeria and inception of the reform to date, there had not been a single incidence of fraud or mismanagement of the pension funds and assets under the Scheme.
“Attracted by the enormous benefits of the Scheme, 24 States of the Federation and the FCT had enacted the laws on the CPS and are at different stages of implementation, six States are at the Bill stage on the CPS, three states have adopted the Contributory Defined Benefit Scheme.
“And two states are currently drafting Bills to introduce CDBS, while one state has continued with the Defined Scheme as at December, 2018.”
The PenCom boss said that Pension Transitional Arrangement Directorate was established to handle issues of Federal Government’s retirees exempted from the CPS subject to the regulation and supervision of PenCom.
She said: “Indeed, payment of pensions to public sector retirees by PTAD has become more regular and efficient under the supervisory oversight of PenCom.
“The pension reform has also positively impacted on other sectors of the Nigerian economy. Notably, the reform facilitated the growth of Group Life Insurance and development of Life Annuity in the insurance industry.
“Indeed, monthly pension payment under the Life Annuity Scheme has average of N3.15 billion as at December 2018.
“It is also noteworthy that the total premium paid to insurance companies for the monthly Life Annuity was N304.09 billion as at December, 2018.
“This has significantly assisted the growth of the insurance industry in Nigeria which is a special focus area under the Federal Government’s Economic Recovery and Growth Plan.”