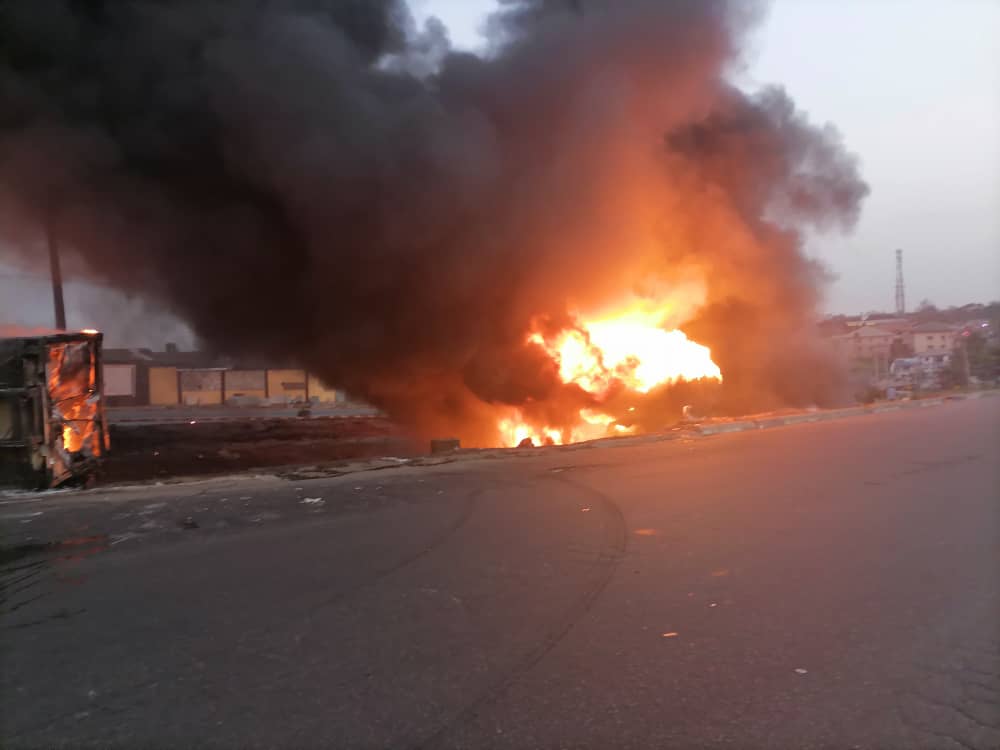 A tanker conveying diesel on Saturday evening rolled over and exploded on the Michael Otedola Bridge causing panic among commuters plying the Lagos-Ibadan Expressway. 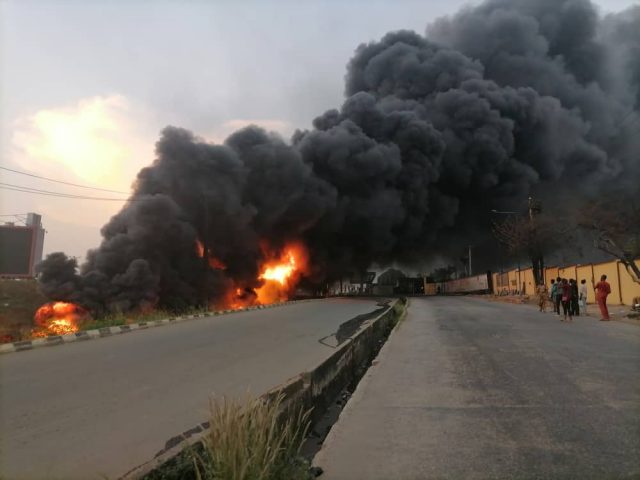 Farinloye said the accident, which occurred at 5.30pm, involved a tanker, a haulage truck and a Toyota Camry 1999 model carrying six members of the same family.

He said the tanker was fully loaded with 44,000 litres of AGO (diesel) and moving toward Berger axis of the expressway when one of its tyres suddenly burst into flames.

Farinloye said people in the immediate vicinity of the accident had called out to the driver of the tanker to stop, but he reportedly tried to reverse the vehicle instead of stopping, thereby colliding with the other vehicles. 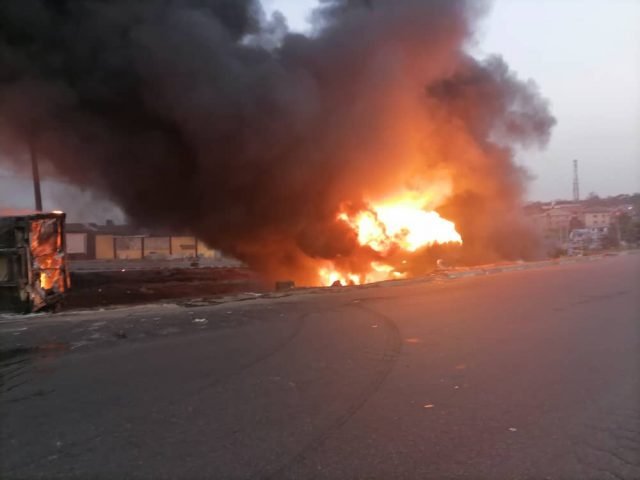 Farinloye said the the driver of the haulage truck, the family of six and both the tanker driver and his assistant all escaped unhurt.

He, however, said the section of the road where the accident occurred was cordoned off to allow emergency response agencies put out the fire.