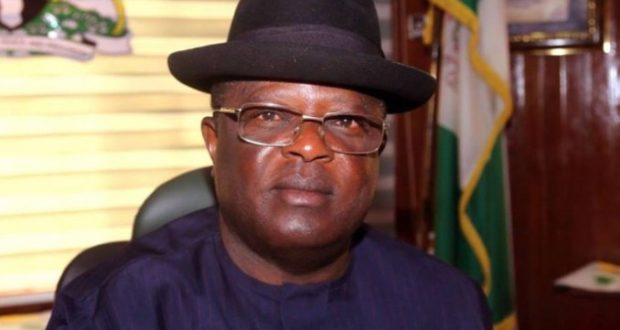 The National Youths Service Corps has re-commenced the positing of corps members to former crisis ridden areas of Ishielu Local Government of Ebonyi.
The News Agency of Nigeria reports that the NYSC stopped posting corps members to the council due to the fratricidal communal conflicts between the Ezillo/Ezza Ezillo communities which lasted from 2008 to 2011.
Hundreds of lives were lost and properties worth millions of naira destroyed in the conflict which sorest point was the killing of motorists on the council’s end of the trans-saharan Enugu-Abakaliki, Ogoja—Cameroon highway.
Governor David Umahi announced this on Monday at the NYSC permanent orientation camp Afikpo, during the swearing-in ceremony of 2018 Batch ‘C’ Stream 2 Corps members, deployed to the state.
The governor, represented by Charles Akpuenika, state Commissioner for Sports and Youth Development, noted that the action became necessary due to the return of lasting peace to the area.
Umahi said: “After due consultations with heads of security agencies in the state, we concluded that it was presently safe to deploy corps members to the area following the initiation of lasting peace by the government.
“We duly communicated to the NYSC and we are glad that 2018 Batch ‘C’ Stream I Corps members, who recently concluded their orientation, were posted to the council.”
The governor remarked that his administration would always give priority to Corps members’ welfare by providing an enabling environment for them to operate.
He said: “This is to discover and harness their God-given talent in all the nooks and crannies of the state where they would be posted for their primary assignments.
“My administration will always attach great importance to efforts geared towards sustaining the gains of the NYSC and place it in our priority list despite the economic crunch in the country.
“This work is in progress as I have increased the allowance payable to Corps members in the state from N5,000 to N10,000 with effect from September 2018.”
Ann Ibe, the NYSC State Coordinator, confirmed the re-commencement of the Corps members’ posting to Ishielu Local Government Area, noting that the scheme was gratified with the development.
Ibe said: “We are happy that Corps members posted to the council were warmly received by their hosts as a welcome party was even organised for them by the council chairman.
“Participation in the national service is a rare opportunity which the prospective Corps members should utilise to uplift themselves, the NYSC scheme, Ebonyi and Nigeria at large.”
Ibe remarked that at the end of the registration, a total of 1,680 Corps members were deployed to the state, consisting of 933 males and 747 females.
She said: “The corps members are posted from divergent socio-economic, religious and cultural backgrounds in line with the NYSC deployment policy.
“They have equally demonstrated high sense of discipline, dedication and loyalty to the camp rules and regulations since their arrival on camp.”
Jude Osahon from Edo said he would not seek redeployment after the orientation programme but serve in Ebonyi to contribute in uplifting the people.
Henry Eze, Chairman of Ishiellu Local Government Area, expressed happiness over the posting of Corps members to the council, noting that it was long overdue.
Eze said: “We express our gratitude to the state governor, NYSC and security agencies for the feat and pledge to ensure the safety and well-being of the Corps members.”