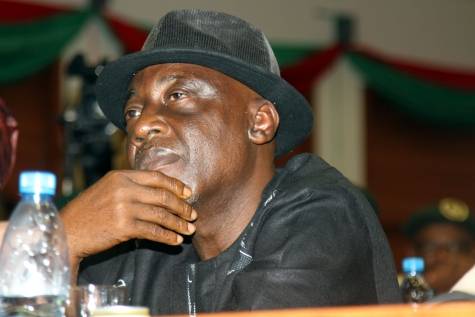 The Federal High Court, sitting in Abuja, has sentenced a former Permanent Secretary in the Ministry of Interior, Anastasia Daniel-Nwobia, to one-year community service.

Daniel-Nwobia who was convicted on April 7 was given the sentence over her role in the botched March 15, 2014, Nigeria Immigration Service recruitment tragedy where about 15 job seekers died in a stampede.

Justice Nnamdi Dimgba who handed down the sentence also ruled that Daniel-Nwobia would forfeit 50 percent of her contributory pension for the next five years to the Federal Government (FG).

The judge also ordered that the convict should not hold public office for the next five years except on a consultancy basis.

He ruled that her travel passport be retained by the court as she was not to travel outside Nigeria in the next five years without the permission of the court.

The court ruled that the convict should choose one out of any of four institutions to teach a course on compliance for one academic session.

They are the Nigeria Immigration Training School, the Nigeria Security and Civil Defence Institute, the Public Service Institute or the National Institute for Policy and Strategic Studies.

“She is to confer with the institute on how to proceed where the course is available and if not available, she shall design one by herself,’’ the judge ruled.

Justice Dimgba said rather than use the Public Procurement Act in sentencing Daniel-Nwobia, he chose to use the Administration of Criminal Justice Act (ACJA).

The ACJA stipulates a minimum custodial sentence of five years for the offence committed, he said.

He explained that he chose to use ACJA because unlike the rigidity of the Procurement Act, it had flexibility and provided a leeway for an alternative sentence.

He also said that he was minded to listen to the plea of mercy by the convict and her counsel on the grounds that she was not found to have benefited from the offence.

The judge also said he found that Daniel-Nwobia chose the mode of recruitment employed in 2014 for the botched exercise to save money for government.

He held that the convict also acted based on the recommendation of the then director of procurement in the ministry and wondered why that director was neither charged nor called as a witness in the matter.

Before Justice Dimgba pronounced the sentence, the convict pleaded with the court to temper justice with mercy.

“I’m pleading with my lord to temper justice with mercy and sentence me as the spirit directs,’’ she said.

Her friend of about 40 years, Fatima Hassan, was also allowed to speak on the character and the person of the convict.

“She worked with integrity and ensured that every process was properly documented for posterity and she built confidence in the system,’’ Hassan said.

The prosecuting counsel, Samuel Chime, also told the court that Daniel-Nwobia was a first time offender as she had no previous record of crime.

The EFCC arraigned Daniel-Nwobia, Abba Moro and others on an 11-count charge bordering on obtaining by false pretence, procurement fraud and money laundering.

They were prosecuted over the botched 2014 Nigeria Immigration Service (NIS) recruitment scandal.

While Moro and others were discharged and acquitted, Daniel-Nwobia was convicted on one of the counts of the charge.

Count four, on which she was convicted, borders on awarding contract for online recruitment into the NIS without seeking approval of the Bureau for Public Procurement.

This, according to the charge, was contrary to Section 40 of the Public Procurement Act No. 65 of 2007 and punishable under Section 58 of the same Act.

The retired PS was convicted on count four of the charge, which the court said carried a jail term of five years without an option of fine.