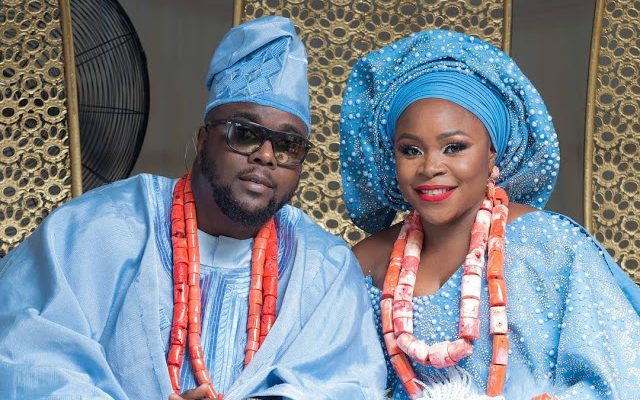 Singer, songwriter, actress Omawumi, has gotten married traditionally to her longtime sweetheart, Tosin Ibrahim Yusuf, in her hometown, Warri, Delta State.
The 35 year-old Itsekiri bride, who has two daughters with her heartthrob, was beautiful and regal in the photographs of the wedding shared in social media.
Before now, the couple had tied the nuptial knots at the Ikoyi Court registry in Lagos State in January 2015.
Yusuf is the founder of Lloyd Gate Limited, a real estate company, and the former co-owner of Zamunda Nightclub.
The singer, whose full name is Omawumi Megbele, is also a lawyer.
She gained national attention when she emerged runner-up in the 2007 West African Idols.
She had since moved on to greater things.
She is a brand ambassador for Globacom, Konga.com, and Malta Guinness.
Her sophomore album, The Lasso of Truth, was a commercial success.
She had also featured with notable acts such as Wizkid, Tu Face, Timaya and Flavour.