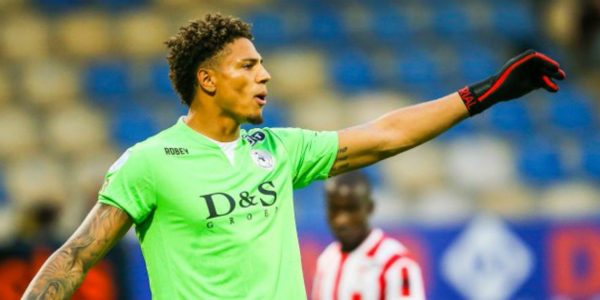 According to Rheinische Post, as per voetbalprimeur, Nice authorities have begun talks with his management.

This is ahead of a possible move in January.

However, a deal could be complicated as the Super Eagles goalkeeper just signed a new four-year deal with Sparta Rotterdam in the summer.

It also remains to be seen if Nice will be signing the Nigerian international as a replacement for Walter Benitez, who is the club’s current goalkeeper.

Okoye has been one of the top goalkeepers in the Dutch Eredivisie since he signed for Sparta from Fortuna Dusseldorf last year.

The 21-year-old kept 10 clean sheets in his first season in the Dutch top-flight to help Sparta finish in a Europa League playoff spot.

He was named Sparta’s player of the season following his impressive performance in his first year.

Okoye was recently on international duty, where he kept a clean sheet in Nigeria’s 2-0 win over the Central African Republic.