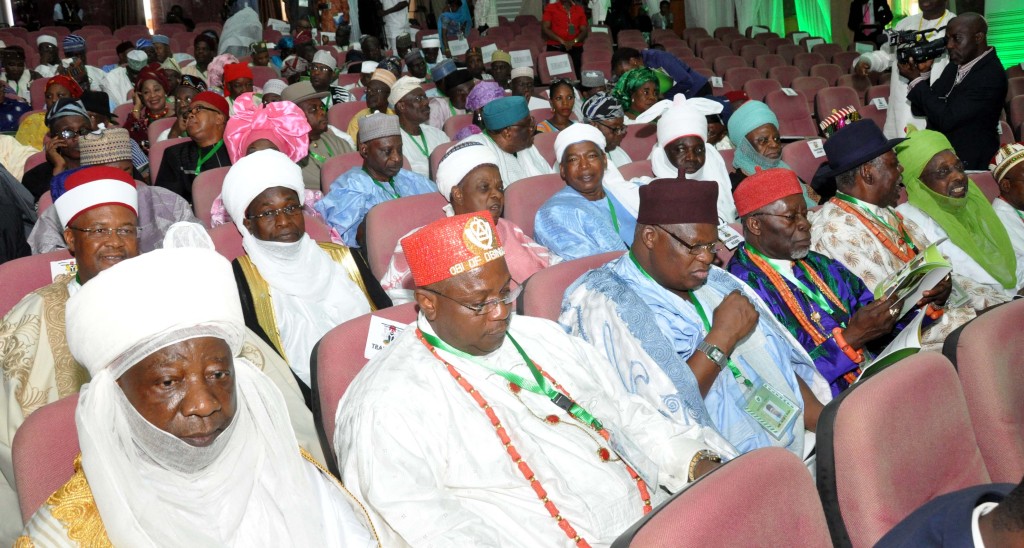 The ongoing National Conference has unanimously adopted the recommendation
for the establishment of state police and community police through state laws.
The Conference adopted the recommendation that any state that requires it shall establish a police force to be operated and run by the state.
Furthermore, the Conference resolved that the Federal Government should compensate communities destroyed during internal security crisis.
However, the proposal to bar the Nigerian Army from being drafted for electoral duties was rejected by the Conference delegates.
These were the decisions of National Conference delegates after heated debate on the report of Conference Committee on National Security.
In addition, Delegates adopted a recommendation for a life insurance to be created for all armed security personnel in the country.
But, the Conference rejected the recommendation for the establishment the Police Complaints Authority.
It also rejected the proposal that the Nigeria Security and Civil Defence Corps be merged with the Police.
Before passing the recommendations of the Committee, delegates to the conference held closed-door sessions on wednesday to discuss issues bordering on national security.