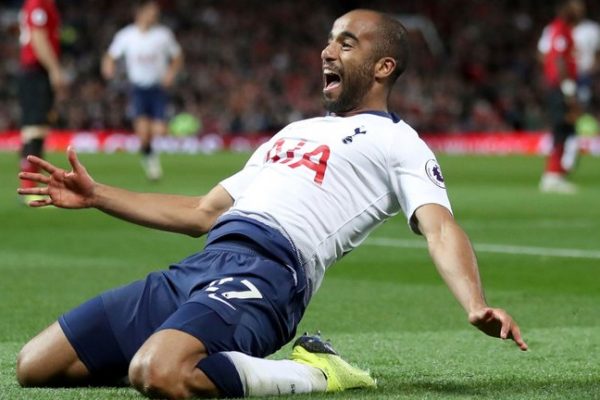 Tottenham forward Lucas Moura has signed a new long-term contract, the club announced on Friday.
Moura, 26, has penned a five-year deal at Spurs that will keep him at the club until at least 2024.
Spurs signed Moura from Paris Saint-Germain for a fee of €28 million in 2018, but he struggled to make an impact in his debut season.
Last term, Moura enjoyed an impressive campaign in which he helped Spurs reach the Champions League final for the first time in the club’s history.
The Brazil international was the hero in the semifinals against Ajax, scoring a hat trick, which included the stoppage-time winner, in a stunning second leg to help the north London side go through.
Spurs boss Mauricio Pochettino did not start Moura in the final where they lost 2-0 to winners Liverpool in Madrid.
However, Moura has decided to extend his stay at the club, and he will look to help Spurs claim their first piece of silverware since 2008.
Spurs signed Jack Clarke, Tanguy Ndombele, Ryan Sessegnon and Giovani Lo Celso this summer as the club look to compete on all fronts.
Spurs start their Premier League campaign against Aston Villa at the Tottenham Hotspur Stadium on Saturday.