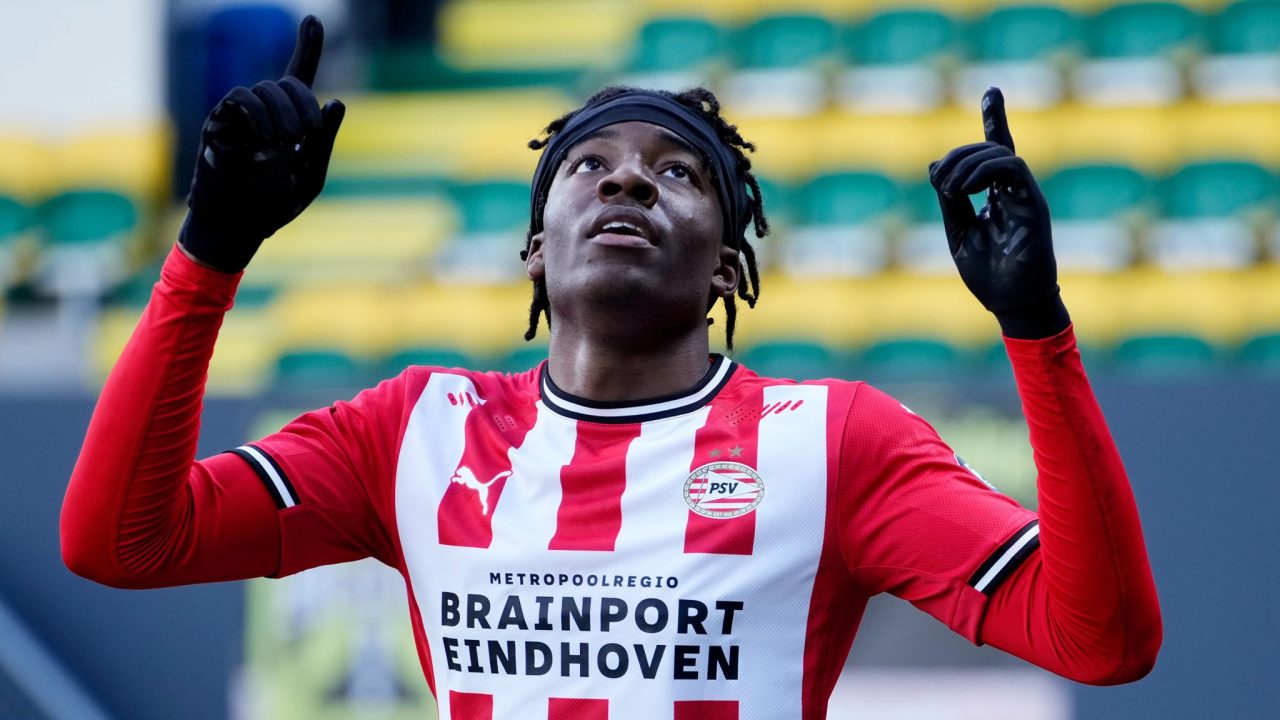 Manchester United and Tottenham Hotspur have been informed of Noni Madueke’s price tag by PSV Eindhoven, according to a report.

The 19-year-old attacking midfielder, who was let go by Spurs for nothing three years ago, is attracting interest from several clubs across Europe.

Madueke has scored two goals in two Eredivisie games so far this season, and also netted a brace in the 4-0 Johan Cruyff Shield win over Ajax.

The Mirror reported that ten clubs have made contact with PSV about signing the England Under-21 international, and that they have been told that bidding will start at £40m.

Leicester City and Wolverhampton Wanderers are also keen on signing Madueke, according to the report.

The teenager captained Tottenham’s Under-16 team and made his debut for the Under-18s when he was only 15 years old.