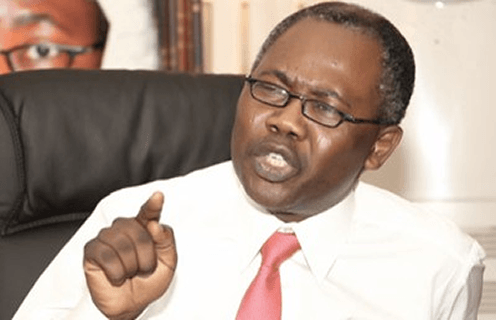 Anti-corruption group, the Human and Environmental Development Agenda, (HEDA Resource Centre), has threatened legal action against the former Minister of Justice, Mohammed Adoke, unless he retracts an alleged defamatory statement within 14 days.

The group said the petition written against it (by Adoke, through his lawyers) was a conscious attempt to bully it and divert public attention from the string of shady deals committed by top Nigerian officials in the celebrated OPL 245 scam.

HEDA’s chairman, Olanrewaju Suraju, in the petition addressed to Adoke’s lawyer, Kanu Agabi, said the case of forgery of emails made by Adoke and his group “is a cheap act of defamation that HEDA will vigorously challenge.”

Hundreds of groups and individuals had risen up in defence of HEDA at home and abroad for the group’s consistent outcry against graft in high places.

In HEDA’s letter to Agabi, marked ‘Defamation of Human and Environmental Development Agenda (HEDA Resource Centre) and Mr. Olanrewaju Suraju’ it said Adoke’s petition titled ‘Forgery of Documents for Purposes of Unlawful Interference with the Course of Justice’ was “entirely untrue, highly defamatory and misleading.”

The group said Adoke wrongly accused it of forgery and falsification of evidence; “accusations that are highly damaging to the reputation of HEDA as a respected anti-corruption group in Nigeria and abroad.”

“As the petition states, the email may have been sent on Adoke’s behalf. It is also possible your client sent it with the deliberate omission of the suffix ‘SAN’ to serve as alibi in situation like this.

“However, we categorically deny that we forged the email. The accusation, for which the petition has failed to provide a shred of supporting evidence, is libelous and we therefore seek an immediate remedy.

“If within 14 days of the receipt of the letter, no retraction has been made, we will initiate legal action against Mr. Adoke SAN and his agents,” Suraju said.

He said the group reserves the right to bring proceedings in Nigeria or any other jurisdiction where damage has been caused.

HEDA also said it is currently assessing the extent of the damage to its reputation caused by internet publication of the petition in Nigeria.

“Given the wide readership of Nigerian newspapers which reported the petition online across the world, we believe that many readers will have read the defamations. Our actions towards remedy of the damages will depend on the speed and nature of your response”, the group said.

Adoke’s petition had demanded an investigation into what was alleged to be “various acts of forgery” by “the parties responsible for the petition, investigations and commencement of the criminal trial at the court of Milan against the individuals/entities connected with the OPL 245 settlement agreement”.

The petition had alleged that “the persons or organisations behind these forgeries are the ones that authored the petition to the Economic and Financial Crimes Commission (EFCC), demanding the investigation of the OPL 245 Resolution Agreement.”

But HEDA said that since 2013, it had played a leading role as one of the parties responsible for the EFCC petition leading to the investigations and prosecution in Nigeria of the case.

HEDA stated: “Your client, Mr. Bello Adoke further appeared before the Inspector General of Police’s Monitoring Unit to adopt this petition and specifically mentioned the names of Human and Environmental Development Agenda (HEDA) and its chairman, Olanrewaju Suraju, as a suspect referenced in your letter.

“HEDA has authored over 500 complaints to Economic and Financial Crimes Commission (EFCC), Independent Corrupt Practices and other related offences Commission (ICPC), Code of Conduct Bureau (CCB) and other international law enforcement agencies on cases similar to that involving your clients, resulting in investigations, prosecution and convictions of those affected.

“The OPL245 is one of these several complaints, and never was the organization accused of bias or misleading the law enforcement agencies in any of these complaints.”