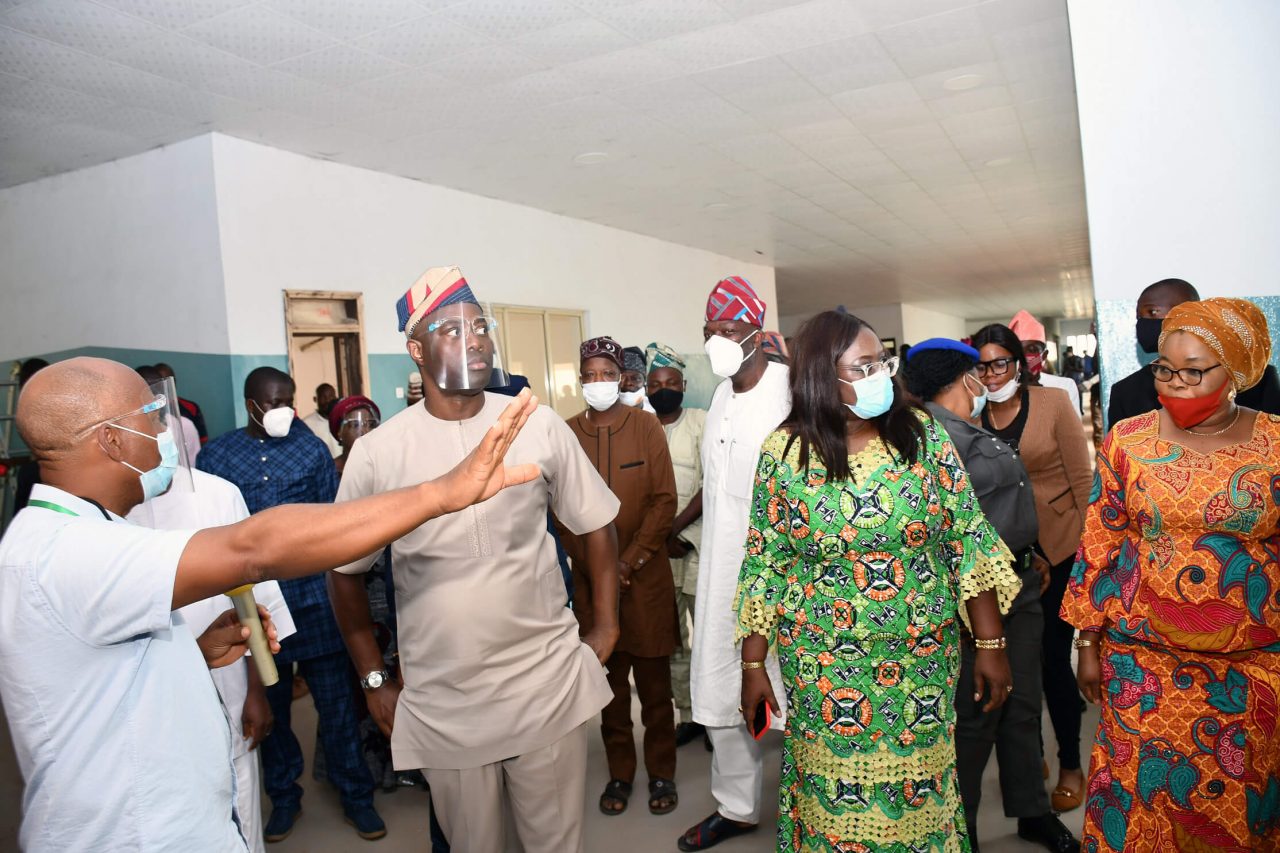 Governor Seyi Makinde of Oyo State on Saturday flagged off the upgrade of the headquarters of the Oyo State Agriculture Development Programme, Saki, which will now house the state’s Agribusiness development agency, OYSADA.

He stated that through the renovation and expansion of the existing facilities, the state was taking the step to reposition Oke Ogun as not just the food basket of Oyo State, but also as the seat of the state’s agribusiness drive, which will make the economic benefits of the engagement accrue to the zone.

Makinde, who stated that the state was starting another journey in the fulfillment of another campaign promise to expand the economy through agribusiness and agriculture, said having mapped out its strategies, it was time for implementation.

A statement by the Chief Press Secretary to Makinde, Taiwo Adisa, indicated that the governor also visited the ongoing 200-bed Civid-19 isolation and treatment centre in Saki, where he stated that once the COVID-19 pandemic is over, the facility would become useful to Saki and its environs.

He said: “Today, I am flagging off the renovation and expansion of this facility, which used to belong to OYSADEP.

“This facility has been left in this place for so long.

“When I came here for a campaign in 2015, this facility was like this.

“When I came here in 2019 too, it looked the same and nothing has changed.

“But within six months to this time, we’ll effect changes in the facility.

“In fact, an administration moved the activities from here to Ibadan for what they called ‘administrative convenience’.

“So, back in November 2019, during my budget presentation, I thought about giving the directive that the OYSADEP offices be, once again, relocated to Saki.

“The decision to move it back to Saki is very strategic because Oke-Ogun is the food basket of Oyo State and it is only commonsensical to know that any activity that has to do with the oversight of agriculture should be domiciled here.

“After the directive was given, there have been some new developments in the Oyo State agricultural space.

“But we are now talking about agriculture as a business but not just as a developmental tool.

“With the headquarters located here, all the economic benefits will accrue to the people of Oke-Ogun.

“It took us three hours to drive to this place from Ibadan because the road is not in the best condition.

“We, therefore, have to do something urgent and drastic about the road.

“If people have to come here from the capital to do business, then we have to fix the road.

“Some of them will need accommodation by the time they come here, but I appeal to landlords not to increase their house rents.

“People will start earning income from properties that are lying fallow.

“Some might even decide to buy land and build their houses here.

“There will be more businesses and further expansion of the local economy.”

The governor noted the facility will be completed within six months and that local artisans would be patronised, stating that his administration remained determined to grow local businesses, which was why the state bought all the food items distributed as palliatives from within the state.

Makinde added that as part of efforts to show the state’s commitment to agribusiness and that it was going to be a serious stakeholder, the state had plans to build a governor’s lodge in the facility.

Earlier, in his address, the Chairman of Saki West Local Government Area, Mudashiru Busari, appreciated the governor for bringing back the headquarters of OYSADA to Saki, noting that it would promote and enhance the practice of Agriculture in Oke-Ogun area.

In another development, Governor Makinde paid an inspection visit to the Saki General Hospital, where a 200-bed Covid-19 Isolation centre is currently undergoing reconstruction.

While speaking, Prof. Temitope Alonge, who is in charge of the Oyo State COVID-19 Isolation Centres, told the governor that the facility would be ready for use soon.

Makinde, who expressed satisfaction with the level of work done so far at the centre, said his administration would leave no stone unturned to curtail the spread of the novel coronavirus in the state.

He admonished all residents of the state to abide with COVID-19 preventive guidelines.