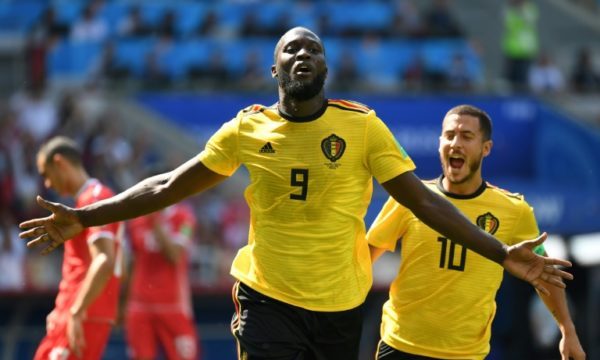 The Belgian striker is set to complete a move back to Stamford Bridge, seven years after leaving the club, from Inter Milan where he won the Serie A title as the Nerazzurri top goalscorer earlier this year.

Players need to be registered to the Premier League by Friday evening in order to be available for the Saturday fixture, under the rules stated by England’s top-flight.

And according to The Athletic, Lukaku’s transfer is unlikely to be formally completed until after the Blues’ match against Crystal Palace on Saturday, which kicks off at 3pm.

The 28-year-old landed at Biggin Hill airport on Wednesday evening ahead of his move back to Stamford Bridge, after leaving the club back in 2014.

Lukaku passed the main part of his medical in Milan on Monday, where he appeared to be holding a Chelsea shirt in car, before flying to Nice for meetings with his agent Federico Pastorello in Monaco on Tuesday.

Pastorello has confirmed on Instagram that he has extended his contract with Lukaku and will continue to represent him until 2023.

The pair were then due to fly into London to finalise his switch on Tuesday, but those plans were delayed by Inter’s bid to secure Edin Dzeko from Roma as a replacement for Lukaku.

As reported by Sky Sports, the paperwork is now with club lawyers and once everything is agreed, Lukaku is expected to sign a five-year contract worth £200,000 a week.

Ahead of Chelsea’s UEFA Super Cup clash against Villarreal, Thomas Tuchel hailed Lukaku as one of the world’s best in his position.

‘Romelu is one of the guys like Haaland, Lewandowski and Kane, a real No 9 who loves to score and has a presence in the box,’ Tuchel said. ‘He has the kind of profile we are looking for.’

Lukaku was in phenomenal form last season, scoring 30 goals in 44 matches in all competitions as Inter won the Serie A title for the first time in 11 years.

The Belgian forward, who represented his country at Euro 2020 before they were knocked out in the quarter-finals by eventual winners Italy, spent three years on Chelsea’s books between 2011 and 2014 but failed to score a single goal in ten appearances.