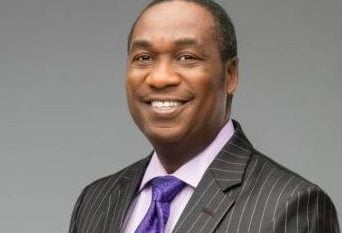 Lagos deputy governor, Dr. Obafemi Hamzat, has charged citizens to come together to rebuild the nation, noting that good governance at all levels is key to the nation’s democracy.

Hamzat made the remark at the 72nd anniversary lecture of the Lagos Country Club in Ikeja on Tuesday.

The deputy governor, who spoke on ‘Imperatives of Good Governance and the Role of Non State Actors’, said that it behooves all citizens to come together to develop the nation.

He identified the inability of state actors to create an enabling environment for businesses to thrive, poverty, corruption and insecurity as some of the challenges bedeviling the nation.

He also noted that restructuring is not the only issue confronting the country.

“As a people, every Nigerian must come together to make the nation work.

“The various agitations in the country are due to the clash of interest festered by ethnicity and race, which if not properly managed will lead to the breakdown of the nation.

The Lagos deputy governor, therefore, encouraged social clubs, religious leaders, organizations and other stakeholders to get involved in remoulding the country.

Earlier, in his welcome address, Mr Funmi Bamkole, President, Lagos Country Club, implored the people to co-create good governance, noting that democracy, good governance and modernity cannot be imported or imposed from outside the country.

According to him, good governance is the pathway to the future. It offers a framework to generate economic growth, achieve social justice, exercise environmental stewardship and strengthen governance.

“Nigeria is the most populous country in Africa; therefore, if Nigeria succeeds at democratic governance, it will be an anchor for all of West Africa and indeed the entire continent.

Among the dignitaries that graced the occasion were Muiz Banire (SAN), former Legal Adviser of the All Progressives Congress; Dr Wale Ahmed, Lagos State Commissioner for Local Government and Chieftancy Affairs.

Others were Aare Kola Oyefeso, chairman Board of Trustees of the club; Mr Alawiye King, chairman, SUBEB; Mr Babatunde Ogala, former lawmaker, Lagos House of Assembly, amongst others.