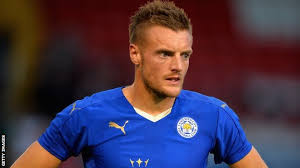 Leicester City will look to carry their 2015 form into the New Year when they host Bournemouth in their opening match of 2016 on Saturday (today).
Both teams picked up 10 points from 15 available in December to edge them ever closer to their respective goals, which would have been similar at the start of the season, but could not be more different at the halfway stage.
They may not be top when 2015 changes into 2016, but the opening months of the season have been beyond the wildest dreams of any Leicester fan.
Only goal difference keeps them off the summit as their unlikely title challenge continues and, having overcome the difficult fixture schedule in December, they must surely now be considered as true contenders.
They have certainly not been found out yet with half of the season gone, although the final two games of 2015 did perhaps start to show a couple of cracks in a side that previously looked unstoppable.
Having netted in each of their first 20 games in all competitions, the Foxes have failed to find the back of the net in their last two, falling to only their second defeat of the season at the hands of Liverpool on Boxing Day before seeing out the year with a goalless draw against Manchester City.
It means that, in public at least, Claudio Ranieri’s goal for the season remains to reach the 40-point mark.
They have had two attempts to surpass that without success so far, but they will enter Saturday’s match as heavy favourites, and only one more point is needed before Leicester’s target shifts.
Leicester won only one of their opening 10 games of 2015, but since then have lost just three of 28 league outings.
No side has scored more this term, while in Jamie Vardy and Riyad Mahrez they have arguably the two standout performers of the season to date.
It was against Bournemouth in the reverse fixture that Vardy’s record run of scoring in 11 consecutive Premier League games began, but the England international has now failed to score in his last three outings – a veritable drought by his standards this season.
He has scored in seven of the club’s nine home league games this season, however, while Leicester as a team are now unbeaten in five in front of their own fans.
At the other end of the table, Bournemouth remain embroiled in a relegation battle that many expected Leicester to also be involved in.
Only three points separate the Cherries from the drop zone at the halfway stage of the season, but an upturn in fortunes during December will have raised optimism that they can drag themselves out of the mire.
Three consecutive victories – including the scalps of Chelsea and Manchester United – took Eddie Howe’s side out of the bottom three before they finished the year with a draw against Crystal Palace and defeat to Arsenal.
It has certainly not been an easy run of fixtures, then, and it is perhaps their form against some high-flying teams that led Ranieri to claim that today’s match would be the toughest of the festive period for his side.
Bournemouth may feel that their open, attacking style is well suited to taking on a Leicester defence that has leaked too many goals this season, but the Cherries still need to improve in the final third themselves.
With Swansea City and Newcastle United facing away games against Manchester United and Arsenal respectively, anything from today’s match is likely to help Bournemouth steal a march on their rivals.
Their recent away form should be cause for optimism too, with Monday night’s defeat at Arsenal their only loss on the road since the start of November – a run that includes a famous victory at Stamford Bridge.
Indeed, they have picked up just as many points away from home as they have in front of their own fans this season, winning the same number of games on the road as the likes of Manchester City and Everton.