Kingibe is a traitor, he does not deserve national honour – Agbakoba 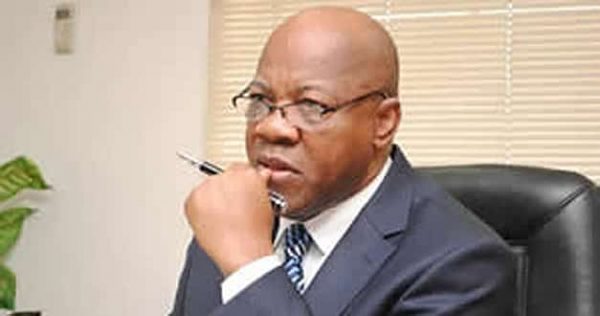 Ambassador Babagana Kingibe, the running mate of late Bashorun Moshood Kashimawo Olawale Abiola for the annulled June 12, 1993 presidential election has been described as unfit for the national honour accorded him by President Muhammadu Buhari.
President Buhari had on June 12 conferred Nigeria’s second highest award, Grand Commander of the Order of the Niger, on Kingibe as Abiola’s running mate.
Abiola received the highest national award, Grand Commander of the Federal Republic.
But speaking in an interview with Saturday PUNCH, a former President of the Nigeria Bar Association and one of the activists who fought for the actualisation of the June 12 mandate, Chief Olisa Agbakoba, said Kingibe was not deserving of the honour.
Agbakoba described Kingibe as a traitor.
He said in the interview: “He is a traitor; he is a big time traitor.
“I warned Abiola.
“Abiola didn’t listen to us, that was the problem.
“If he had listened to us, he would have been the president. We said this guy, we were not sure about him o.
“But Abiola is also at fault because he was so driven to become president that he lost sight of some very fundamental points.
“Then, he made a mistake of not following the advice of the pro-democracy community.
“Rather, he was listening to the politicians who wanted to be ministers.
“That was all they wanted.
“So having failed to follow advice, he very quickly fell into many errors, the first being that he now kowtowed to (late General Sani) Abacha.
“There was a very nasty picture of him stretching across the chair to Abacha when Abacha was talking to him.
“It was very, very degrading to the point where he was not able to see that the northern emirs would not support him.
“He kept saying oh, they are my friends, I know them very well.
“And in my presence, he phoned (former Military President, General Ibrahim Badamasi) Babangida (whose administration annulled the election), they put him on hold.
“He was shocked.
“He didn’t get to speak to Babangida.
“It was Kudirat (Abiola’s late wife), who had a great sense of decency; Abiola was a bit a too ambitious in wanting to become president.
“He went to Aso Rock to meet with Babangida in the course of which Babangida’s wife and Kudirat started fighting.
“It led to a fight.
“Babangida and other people had to rush out to separate them.
“My point is that Abiola really failed to see some of the pitfalls.
“I had meetings with Kingibe to say ‘don’t you think that being appointed foreign minister under Abacha’s government when the mandate was still alive and being pushed for, betrayed the mandate?’
“He tried to justify it by saying it was Abiola who caused it.
“He said Abiola was not communicating with him, strategy, what to do, blah blah blah.
“So (he) said okay, ‘if Abiola himself has virtually rubbished the mandate, then why would he be fighting for it?’
“Those are the circumstances under which he took the appointment.
“I said ‘I don’t think anything justifies it, I think you should have stood by the mandate notwithstanding what Abiola did.’
“But you see, the irony today is that he is benefitting from something he did not fight for even for one day.
“That is the irony of life.
“He didn’t fight for it for one day, but well, he is entitled since he was Abiola’s running mate.”
When asked if he had his way if Kingibe should not have been given the GCON award, Agbakoba said: “Yes, I would say he should not have been given because he didn’t believe in June 12 and why would I give somebody who didn’t believe in June 12 an honour?
“For me, it is an irony.
“He is hypocritical.”