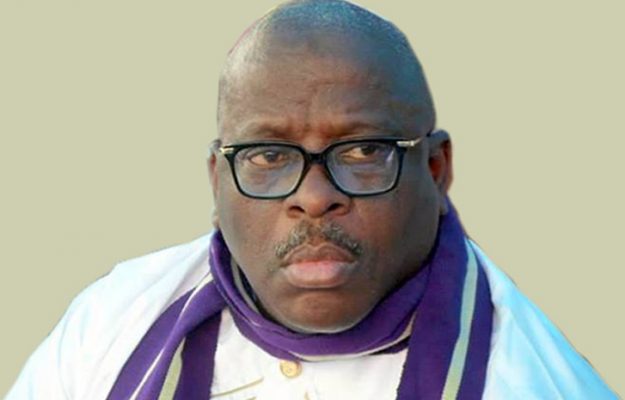 Oyefeso’s position was premised on a viral video in which Kashamu was heard before his death making overtures to multimillionaire, Kessington Adebutu, with whom he fell out.

Oyefeso said with the move, Kashamu atoned for his guilt before he died, adding that the late senator, on request by Adebutu, withdrew all the court cases against the latter.

In his writing, he asserted that the conversation of the make-up between the duo was made available after the recorded audio was released with the motive of substantiating that Kashamu and Adebutu resolved their differences before the death of the former.

According to him: “The subject in issue is a plus-plus for Senator Kashamu who on his bed made overtures to someone, it is widely known and reported that Kashamu had persecuted or found fault with all the while. That was a classic atonement with a very penitent heart and palpable remorseful action on the part of Kashamu, for which he must be applauded even in death.

“The audio was very explicit that Kashamu sought forgiveness from Sir Adebutu, for whatever he has done against Sir Adebutu’s person and business. Sir Adebutu responded that if Kashamu was sincere, he should go and withdraw all the cases Kashamu had instituted against him to which request, Kashamu acquiesced. Sir Adebutu at that instance said, he forgives Kashamu and follow up saying God will forgive us all. All these were made unambiguous in the video.

“The video call was released with a view to showing those who had been following the no love lust of Kashamu against the Adebutus that Kashamu actually atoned before he shed the mortal coil, and he was forgiven and no disaffection existed between Kashamu and the Adebutus any longer. No more No less.”

Oyefeso said death is inevitable and as such no one is permitted to mock another over it because at one point or the other, every living thing shall die of different causes.

He added in the writing: “First and foremost as a mystic, I must remind us of the inevitability of death. It is designed by the Creator Himself as a relief for the soul when our body has become enervated by disease, old age, accident or other mishaps that have made the soul conducive to inhabit the physical body any longer.

“This happens when our allotted time is over in this world. The individual time varies and it is determined by the Creator Himself according to the karma and purpose that brought us into the world in the first instance.”

Oyefeso described Adebutu as a father to all politicians in the region, irrespective of the political affiliation, though he has never played active politics.