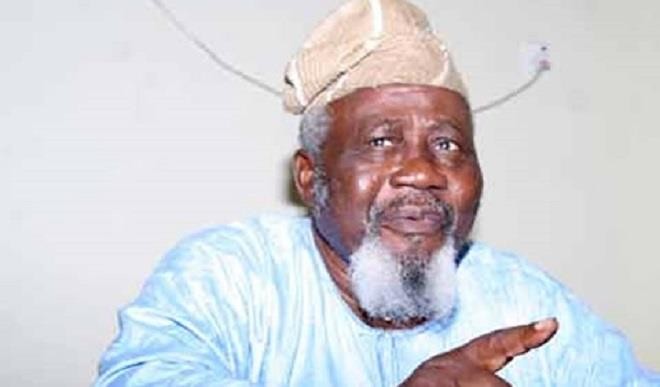 Share
Facebook Twitter LinkedIn Pinterest Email
President Muhammadu Buhari has commiserated with the Kwara State Government over the demise of the pioneer Chairman of the Independent Corrupt Practice and other related offences Commission, Justice Mustapha Akanbi, last week Sunday at the age of 85.
Buhari, who sent a high-powered delegation led by the Attorney General of the Federation and Minister of Justice, Justice Abubakar Malami, to the State Governor, Dr, Abdulfatah Ahmed, in Ilorin, said the Federal Government was saddened and touched by the demise of the anti-corruption czar.
Malami recalled the antecedents of the deceased as the President of the Nigeria Court of Appeal and maintained that he left indelible marks in the legal profession that was worthy of emulation.
According to him: “Justice Akanbi has also proven to be a great philanthropist with the establishment of several foundations he left behind. He will be remembered at all times for his contributions and exceptional legacies.”
He explained that the Buhari-led administration did not only acknowledge the contributions of the deceased to the legal profession, but his selfless efforts in combating corruption as the pioneer Chairman of the ICPC.
According to Malami, it was in appreciation and recognition of the deceased’s contributions to national development that the President raised the high powered legal community delegation to commiserate with the state government, the good people of the state and his immediate family as well as attended the Fidau prayer.
Responding, Ahmed acknowledged the contributions of the late President of the Court of Appeal and described him as an enigma of legal profession with uncommon humility.
Ahmed, who expressed gratitude to President Buhari for identifying with the state, promised to continue to hold on to the values and virtues of the late elder stateman.
The Governor, therefore, prayed God to grant Justice Akanbi eternal rest and also grant the family the fortitude to bear the loss.
Post Views: 0
Abdulfatah Ahmed Dr Independent Corrupt Practice and other related offences Commission Justice Abubakar Malami Justice Mustapha Akanbi Kwara State Government President Muhammadu Buhari
Share. Facebook Twitter Pinterest LinkedIn Tumblr Email