The Lagos State Governor, Akinwunmi Ambode, on Sunday inspected the ongoing projects in the Lekki Free Trade Zone, saying the massive investments being jointly made in the axis by the government and the private sector was targeted at making Lagos emerge as the next destination for business in Africa.
Ambode, who inspected the progress of work alongside cabinet members; billionaire businessmen, Aliko Dangote and Femi Otedola; among other businessmen, said the investments and the infrastructural renewal in the Lekki-Epe axis simultaneously ongoing were geared towards preparing the State for industrial revolution taking place in Nigeria and by extension the West African region.
He said it was gratifying that remarkable progress had been made since the last time a major inspection tour of the projects was carried out, adding that the investment activities at the zone would positively impact on the economy of the State.
He said: “We have just inspected the ongoing jetty project being done by Alhaji Aliko Dangote.
“You are all well aware that we flagged off the construction of Lekki Deep Sea Port some few weeks ago but more importantly this jetty is being done by the Dangote Group to more or less facilitate the movement of their heavy duty machinery to the petrochemical plant and other projects they are doing in this Lekki Free Trade Zone.”
While reiterating the commitment of the State Government to continue to encourage and support investors to continue to do what is right for the economy, Ambode said no efforts would be spared in providing the conducive atmosphere for investments to thrive in the State.
He said: “What we are doing more importantly, as a government, is to continue to encourage the Dangote Group to do what is right for this country and for us to join hands together and collaborate to really show that Lagos is the next destination for the industrial revolution that is taking place in Nigeria and we are very happy to be doing this with him because we know that with the kind of infrastructure that we are providing around Lagos and the kind of infrastructure he is also providing, this place should be the next destination for anybody that is interested in investing in Nigeria.
“That is what this Lekki Free Trade Zone area is all about.
“That is why a whole lot of what we are doing in the Epe and Lekki axis in pieces more or less when they come to fruition will really show that Lagos is the next destination for investment in Africa.”
Earlier, Dangote said the combined projects under construction at the Lekki Free Trade Zone was the largest anywhere in the world, and that it was important for the right message about the axis to be communicated to the people to appreciate its impact on the economy.
He said: “What is happening here is the largest project anywhere in the world today and this visit is just to show the Governor the industrial jetty that we have built, including the water breaker, which is 900 meters, which is almost like about a mile.
“This is to show what we have done in terms of bringing in our cargo to build the refinery.
“We have done quite a lot in terms of water protection and also it is environmentally friendly and this is what we have shown the Governor.
“This is just showing that this place is going to really open for business and we are looking for a lot of infrastructure to be built and this place will be the next destination for any investment in Nigeria.”
Also speaking, Lagos State Commissioner for Commerce, Industry and Cooperatives, Olayinka Oladunjoye, said the jetty, when operational next month, would facilitate the shipment of equipment to rev up the projects within the Lekki Free Trade Zone.
Oladunjoye said; ‘This is a jetty that is being done by Dangote and by the end of this month, it will be ready for use.
“Some of the vessel and equipment that cannot come through the land will be coming in through the jetty and that is why this jetty has been built.
“I can assure the people that once the jetty becomes functional, most of the items needed for the fertilizer plant, petrochemicals, refinery and others will be put in place and this is very contingent to what is happening here.
“As a government, whatever they need in terms of support in all ramifications will be done.”
Besides, the Governor also inspected the new Ojota Inter-state Bus Terminal under construction, ongoing road projects linking Lagos to Ogun State from Epe axis, among others in the Ibeju-Lekki zone. 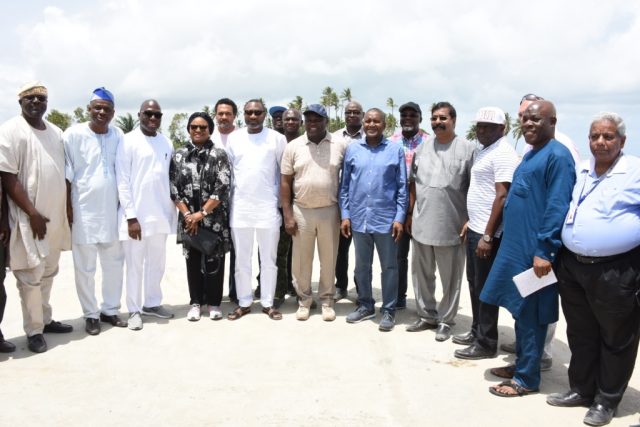 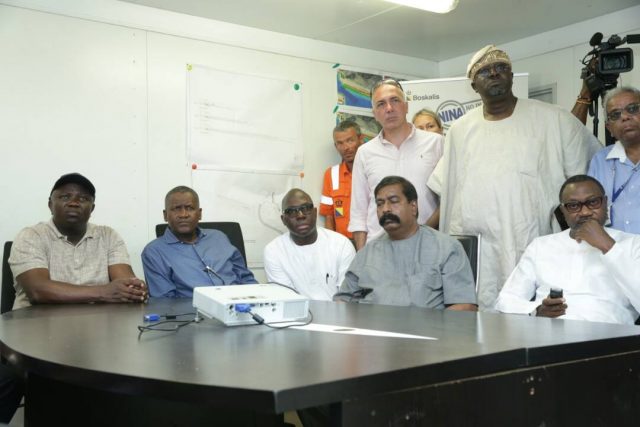 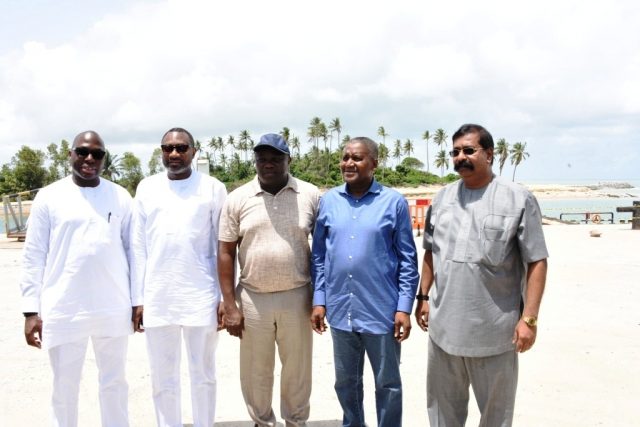 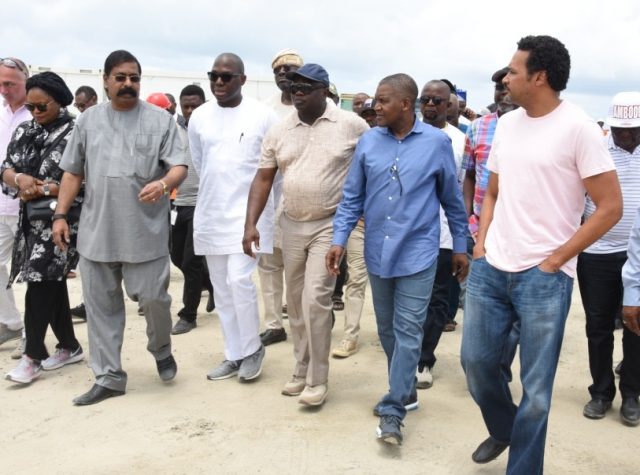 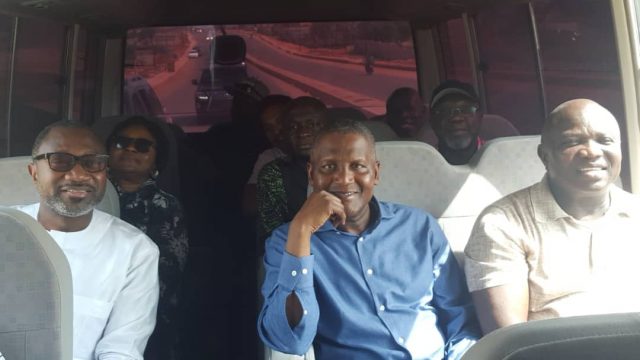 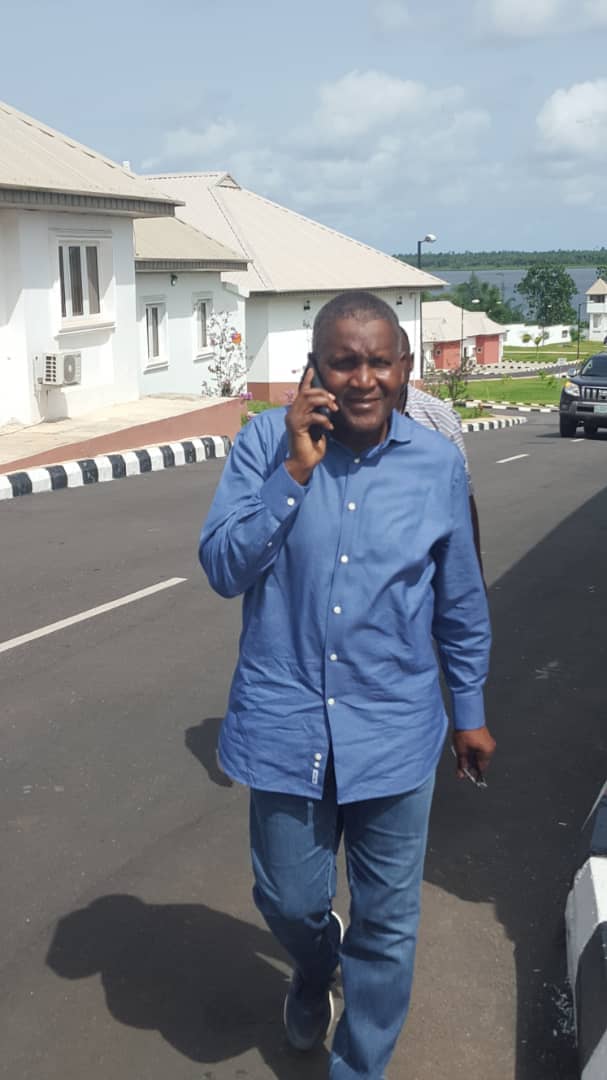