I will not do Saraki’s bidding on petition against CCT chairman – Sen. Anyanwu 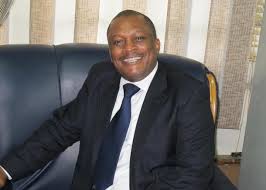 Share
Facebook Twitter LinkedIn Pinterest Email
The Senate Committee on Ethics, Privileges and Public Petitions has said it will not do the bidding of the President of the Senate, Dr. Abubakar Bukola Saraki, on the petition against the Chairman of the Code of Conduct, Justice Danladi Umar.
The Chairman of the Committee, Senator Samuel Anyanwu (PDP-Imo East), made the position of the committee known on Saturday.
Anyanwu was reacting to allegations that the committee would likely do the bidding of Saraki, who is standing trial before CCT over alleged false declaration of assets.
Anyanwu told the News Agency of Nigeria in Abuja that the committee owed Nigerians and nobody else the responsibility to treat the petition on merit.
According to him, the fact that the petition is coming at a time when Saraki is standing trial at the CCT will not stop the committee from carrying out its constitutional responsibility creditably.
He said: “Once the petition against Danladi is sent to our secretariat, we will take a look at it and be rest assured that if we find nothing in the petition, of course, we will write our report.
“I want to say that I am not doing anybody’s bidding.
“I have the capacity and I make researches and I have time for fact-finding and come out with a position.
“Why should Saraki use me to do his bidding?
“Why would Saraki use any senator to do his bidding?
“He is my colleague.
“He is just the Senate president.
“One among equals.
“He was elected by his constituents and my constituents brought me here.
“So, it not about doing Saraki’s bidding.
“If I have a responsibility to discharge my duty based on the petition because I am Chairman of Ethics and Privileges, I will do it.
“The most important thing is your conscience.”
The lawmaker said the National Assembly was determined to support President Muhammadu Buhari in the fight against corruption.
Anyanwu said the legislature would stop at nothing to ensure that Nigeria assumes its pride of place in the comity of nations.
On whether Nigerians would have faith in the committee following issues around the confirmation of the nomination of the Minister of Transport, Rotimi Amaechi, in spite of its recommendation, Anyanwu said Nigerians believed in the committee.
He said no fewer than 42 petitions were pending before the committee and promised that all would be attended to.
He said: “Our report on Amaechi cannot be faulted in any way.
“We have received commendations from over five Senior Advocates of Nigeria for standing firm.
“Through our probe, even ordinary Nigerians, who were wrongfully dismissed from their offices, who did not have money to go to court or fear of persecution, their consolation was the Senate.
“When we ask agencies to re-instate people who were wrongfully dismissed, we equally insist that such persons are not victimised.
“This is the people’s parliament.
“We are the voice of the voiceless.
“I do not have any grudges against anybody.
“I am only doing my job.
“I am one man nobody can put in the pocket.
“I don’t fight for anybody, I do the right thing.
“If people do not have confidence in this committee, they will be demoralised and discouraged from sending in petitions.”
NAN recalls that the Senate on Thursday received a petition alleging impropriety against the CCT chairman.
The petition, which was presented on the floor of the Senate by Senator Obinna Ogba (PDP-Ebonyi Central), was signed by one Ajaso I. Ajaso on behalf of a group, Anti Corruption Network.
NAN.
Post Views: 2
Senator Samuel Anyanwu
Share. Facebook Twitter Pinterest LinkedIn Tumblr Email