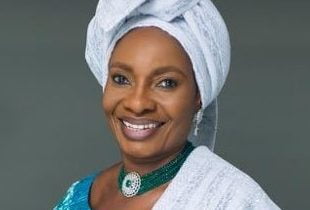 These revelation is contained CCCC’s year project report, indicating that the challenges it encountered were however, surmounted by experience its staff with the efforts of some partners.

The project funded by Back2Back America is supervised by the Director, Asama Daniel who has continued to maintain that Community and Children Care Centre is interested in providing women the necessary tools and resources to challenge the patriarchal structure that has reduced women and girls ability in achieving their developmental potential to address the challenges of Gender Based Violence in 5 LGAs of Plateau state

The report as submitted to its sponsor highlights some of its challenges to include but not limited to budget for the activities which were affected by COVID-19 pandemic.

“The impact of COVID-19 on the economy increased the cost of project materials and further affected the project calendar. Famers/Herders Attacks: CCCC’s work in low income communities experiencing violent conflict, during the project implementation, we had series of attacks in these communities which has affected the activities and altered the planned calendar.

“Target beneficiaries: the project was designed for a particular number of target beneficiaries across the communities. However, while the implementation was on-going, due to the number of displaced women and youth, CCCC staff received an increased in demand from the community to recruit more beneficiarie sue to increase in community demand to recruit and support more beneficiaries, CCCC has resolved to continue to look elsewhere searching for grant from foundations and institutional grants to support and sustain and extend our impact.

“While we do this, CCCC will be submitting another proposal for grant extension to accommodate more beneficiaries especially those without homes and shelter. Identify other donors to support and fund women and girls activities. Continue our monitoring and evaluation of project outcomes and Increase data collection and management.

Recall  that in 2020, CCCC got a 2- year grant from its financier to carry out series of initiatives with the aim to promote women inclusion and participation in peace, reconciliation and security dialogue in decision making bodies and institutions including those within (traditional, social and political) settings.

A baseline was conducted by UN women to ascertain the involvement of women and girls’ inclusion in security, peace and reconciliation dialogue in decision making bodies including those at the state and non-state actors and institutions, the research took place in 3 local government areas in each of the 3 states including Plateau, Gombe and Adamawa.

Findings from the report revealed that women and girls were used as suicide bombers in Adamawa and Gombe States Women and girls were most hit during and after conflict 67 per cent of women experienced sexual and gender based violence including rape during violent conflict.

Despite being victim of violent conflict, women and girls were excluded in peace, security and reconciliation dialogue due to their gender as influenced by culture and other institutional barriers. The findings of this report motivated CCCC to request for a 2 year grant from Back2Back America to partner with traditional and religious institutions, women and youth networks in promoting women and girls participation in peace, security and reconciliation dialogue.

“In order to achieve the set objectives, the following activities were strategically implemented.

“Mapping of project areas: CCCC staff hired the services of 10 community focal persons and carried out mapping of project locations. The mapping was led by the help of the identified focal persons who are domiciled in these communities. This activity helped CCCC to collect local information and opinion regarding the community security, number of vocational training facilities, food vendors. Women and girls affected by violent conflict and survival of gender based violence and community stakeholders.

“Advocacy: CCCC paid advocacy visits to Community leaders and government representatives to create awareness of project goal and its objectives. One of the major force for the advocacy was to solicit the inclusion of women in Peace, Security and reconciliation dialogue in traditional and government decision making institutions. We hope that if women who are most hurt during conflict violent are included in decision making platforms they will be able to tell their stories and contribute to the peaceful development. The advocacy team was made up of Network of Peace Practitioner, COWAN/FOMWAN, Federation of Female Layers (FIDA).

“Conflict mapping: CCCC staff organized a 2 day capacity building workshop for traditional leaders and their cabinet members and government representatives on conflict mapping. The objective of the workshop was to expose participants to strategic process of identifying types of conflicts, context, factors responsible for conflict, actors and institutions involve in conflict so that they are able to appreciate and deal with it objectively.

“The mapping had participants from Plateau State Peace Building Agency (PPBA), Plateau State Peace Practitioner Network (PPPN), State and Non state security agencies and State Emergency Management Agency (SEMA). These are the institutions that are involve in conflict management and it is important that they are understand this process and the need to invlude women and in the process. Collaboration/Networking: CCCC brought together traditional leaders, government representatives, School Management Committee (SBMC), to strengthen collaboration and network thereby improving decision making on peace and security. The important of this activity is to have both government and community institutions work towards peaceful co-existence among communities and actors in crisis.

“CCCC in partnership with facility service providers mobilized 150 women and girls and trained them on different income generating activities (IGA) to economically empowered women and girls to overcome the challenge of poverty which in many cases lead them to over dependency. Specifically, these women and girls were empowered on animal production including poultry farming, catering, fashion design and cosmetology. The training took place in various project communities with training facilities and lasted for duration of 6 months.

“Apart from Vocational training skills, 100 women were trained on financial literacy and saving culture. This activity is significant for both CCCC and women as it will assist trained women to save their resources and help their families overcome poverty. Link women and girls to economic empowerment institutions: CCCC does not only train women and girls on income generating but also link women to state and non-state financial institutions for further assistance and economic empowerment such as loans and grant. These institutions include; Directorate of Employment, Microfinance Banks, Federal Mortgage Banks, Bank of Industry.

“CCCC staff in partnership with Plateau State Indigenous Development Association of Nigeria (PIDAN) and Women lead-Community Based Organization established 5 safe spaces in project communities with the aim to provide informal education to women and girls. The safe space is meant to mobilize and organize women and girls in the communities and empower them on issues such as Gender equality, economic opportunities, political participation, motivational and self-esteem, literacy, civic education and human rights Civic education and engagement training was organized for women and girls to empower the women on their right to appreciate their right and responsibilities as well as their duties as citizens.

” Furthermore, aside appreciating the civic education, the training equipped participants on strategies on how to take social action to engage their community and government representatives both state and local level to demand for inclusion, good governance as well as transparency and accountability.

“Women have demonstrated zeal and enthusiasm to lead and make positive social, economic and building peaceful communities, however due to their gender and the culture of exclusion these women have no space to make their contribution to the development of their communities. CCCC staff through the leadership skills of their facilitator mobilized 150 women across the 5 LGAs and trained women on Leadership roles. The 9 days training identifies women who have demonstrated leadership skills and zeal and build upon with the hope that they will serve as advocates and provide leadership direction against gender inequality. Conflict and Peace education training was organized for 150 women across the 5 LGAs.

“The purpose of the training was to expose participants to different types of conflicts, factor influencing for conflict, difference between violent conflict and conflict, early warning signs and early response, and equip women with conflict handling styles as well as peace education. The training used right based approach and experience sharing skills to work through. Participants expressed satisfaction at the end of the training. Life skills/personal development training was organized for 150 women and girls across the 5 local government areas of Plateau State.

“The aim of the training was to empower participants with life saving skills that they can use while they engage with people in the larger society. These skills include, decision making, assertiveness, goal setting, negotiation, self-esteem, finding help etc. the 9days training utilized the strategies of brainstorming session, plenary, and group work to allow for self-expression. Gender equality training for girls and boys lasted for 9days across the LGAs. The purpose of the training was to educate the women and girls on their right as human being irrespective of their gender and ensure boys accord the women and girls’ respect thereby advancing opportunity to girls and women.

“CCCC staff discovered that more than 65% of Women and Girls in these communities have experienced series of sexual and reproductive health challenges due to violence and attacks. The impact of the attacks resulted in increased rape, reduced rate of access to antenatal care, ARV for positive clients, treatment of non-communicable diseases, and the absence of nutrition.

“The two year project had the following Outcomes Increased percentage of government funding allocation for sexual and reproductive health services Reduced incidences of SGBV in the project areas Proportion of women engaging in civic duties Proportion of women inclusion in peace, security and reconciliation dialogue 95% of women and young girls who received income generating and basic business development training have increased their revenue Increased by 50% success rate of new IGA and saving established by women due to trading

“While the project was ongoing, CCCC staff and Participants observed and made the following testimonies After the death of my Husband, I was down for over 3 years without any hope either from the government of private organization. Today, I am happy to stand tall amongst other privilege women to say that I am financially independent due to this training and start up grant from CCCC staff My parents were killed in the Bassa Attack. I lost everything including our house.

“We are two that survived the attack. I and my little brother. I hope that the grant I received from CCCC will help provide food and possibly return my bother back into school. What we need as women is education and support from organizations such as CCCC. The leadership skills, human right education and skills for citizenship engagement will energize our leadership skills and strengthen our women movement to engage both government and community stakeholders to demand for gender rights including social justice and accountability” CCCC said in its report.