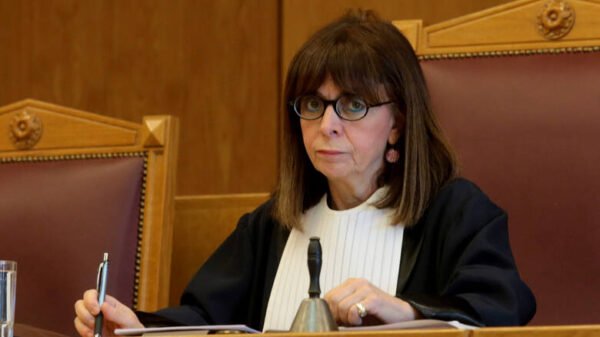 The Greek parliament on Wednesday elected top judge Katerina Sakellaropoulou as president of the Hellenic Republic, the first female head of state of Greece.
Since 2018 she has been serving as president of the Council of State, Greece’s highest administrative court.
A total of 261 deputies voted in favour of Sakellaropoulou, who was the sole candidate, out of a total of 294 MPs participating in the process, the President of the parliament Constantine Tassoulas said.
A minimum of 200 votes were required in the first round in order to elect a president, according to the Greek constitution.
Xinhua/NAN.