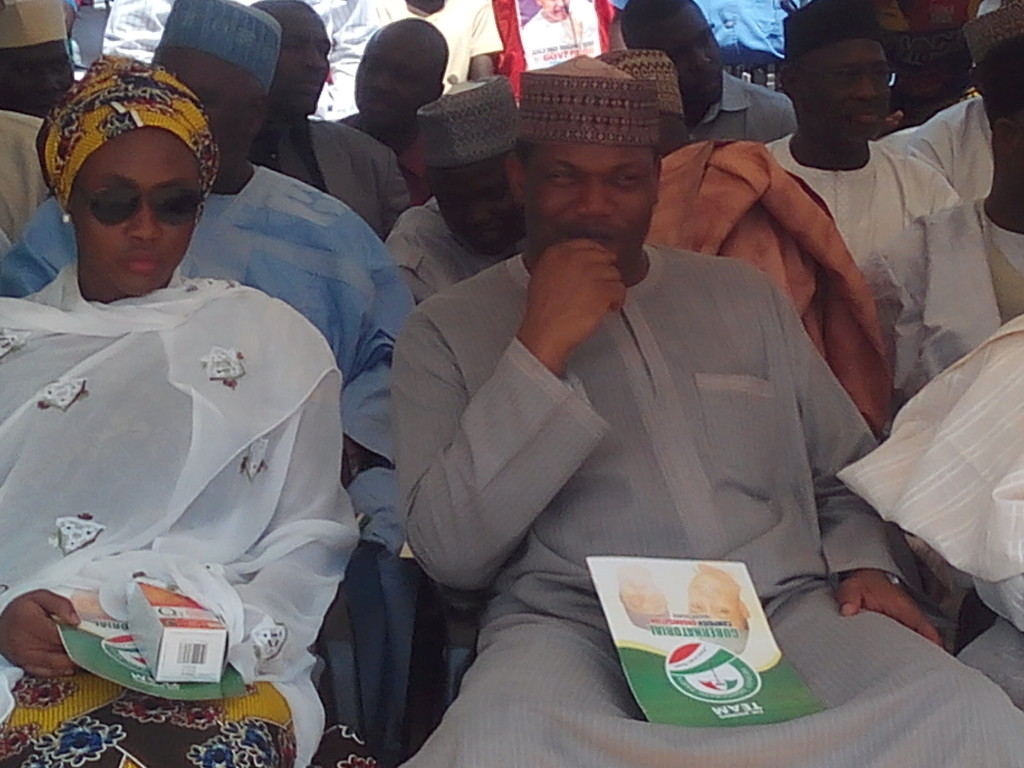 Share
Facebook Twitter LinkedIn Pinterest Email
The Niger State Peoples Democratic Party governorship candidate, Umar Nasko, on Tuesday got a boost as children of former Military President, General Ibrahim Babangida, joined his campaign train.
This is coming less than two weeks after Babangida pledged to support the presidential ambition of the candidate of the opposition All Progressives Congress, General Muhammadu Buhari.
Babangida belongs to the PDP, which is fielding President Goodluck Jonathan for reelection.
The ambition of Nasko was boosted when Mohammed and Halima Babangida entered and sat in the front row with the governorship candidate, with party faithful cheering and admiring their presence.
The General’s children, Mohammed and Halima, were present at the gubernatorial campaign of Nasko at Kampala and Sarkin Pawa in Bosso and Muyan Local Government Areas of the state.
Mohammed, who is also named the Director of the Finance Committee of the Nasko Governorship Campaign Committee, was on the podium with the candidate but did not speak.
The joining of the Babangidas in the campaign team of the PDP put paid to speculation that their father is not sympathetic to the PDP.
Addressing party supporters, the governorship candidate promised to provide more social amenities to the people of the state if voted into office.
Nasko stated that he voluntarily entered into a pact with the people of of the state, adding that he will not fail to fulfil his electioneering promises.
Governor Mu’azu Babangida Aliyu, a senatorial candidate in next month’s election, assured the community that a transformer will be provided to the people immediately so that they will be connected to the National grid.
Aliyu however decried the trend where some politicians are using religious and ‎tribal sentiments to deceive the electorate saying his administration treated all religious and ethnic groups equally since it came to office.
He said: “Niger State has remained peaceful because of equal opportunities given to everyone in the state.”
Governorship poll Nasko PDP
Share. Facebook Twitter Pinterest LinkedIn Tumblr Telegram Email