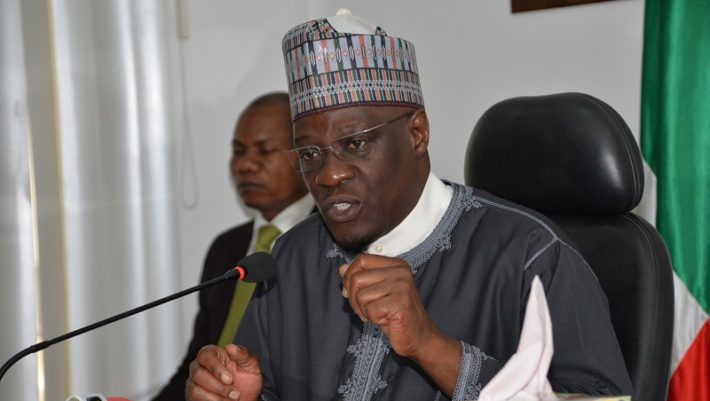 The Kwara State Governor, Dr. Abdulfatah Ahmed, said his administration will continue to strengthen all the local government areas of the state in the areas of revenue growth in order to enable them carry out their responsibility both in capital and recurrent expenditure.
Speaking during a courtesy call on him by Council of Chairmen from Kwara South, led by the Chairman of the Association of Local Governments of Nigeria, who is also the Chairman of Oyun Local Government Area, Hon. Joshua Omokanye, Ahmed said the days of reliance on Federally Allocated Funds is gone.
The Governor also disclosed that he will soon begin to make staffs of office available to all the traditional rulers that were upgraded last year, adding that the delay was unanticipated.
Ahmed said it was necessary for the local government areas to improve their collectible Internally Generated Revenue by partnering the established Kwara State Internal Revenue Service, which will take cognizance of Local Governments strength to help them build a strong revenue base.
The Governor urged the local government administrators to implement an optimal revenue arrangement that will augment the Federation Allocation, enable them to pay monthly salaries and wages of their staff as well as embark on other basic commitment for the benefit of the people.
According to him: “I will continue to work with you to ensure that all the areas of capital expenditures are synergized with state government expenditure so that you can take advantage of what we are doing in critical areas like Human Capital Development, Infrastructure and of course, driving the economy.”
Earlier, Omokanye commended the efforts of the Governor in creating a sustainable model in the finances of the state and requested for the presentation of Staff of Office to the already graded traditional rulers in their areas of domain.
Similarly, Ahmed has pledged to patronize members of the Kwara State Artisans Congress in the State in order to empower their members and boost economic growth in the state.
He said this during a courtesy call on him at Government House, Ilorin by members of the Congress, led by their President, Alhaji Saad Alawaye.
Ahmed said artisans are needed in most of the on-going projects in the state, adding that government will create a database in order to make it easier to patronize the body’s members.
He said the government will also continue to make sure that members of the association benefit from the Small and Medium Enterprise funding and stressed the need for them to carry out their civic responsibility of paying taxes to government regularly.
Earlier, Alawaye appreciated the administration for its support and empowerment to artisans, stressing that the Congress is ready to cooperate with KWIRS in payment of taxes.
He said the congress has grown from 20 groups to 84 groups, with membership cutting across all the 16 local government areas of the State.