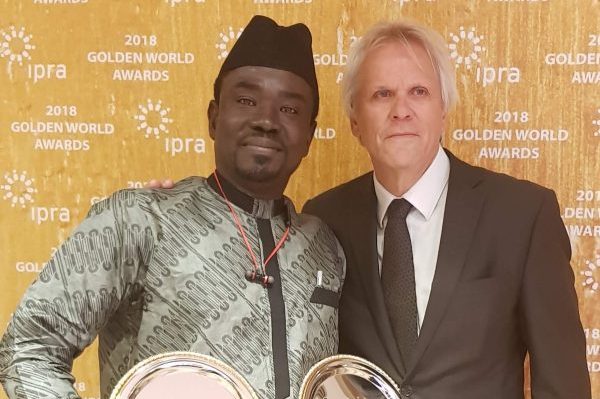 When Major General Bashir Magashi (retd) was announced as a ministerial nominee, I reached out to the former Commissioner for Information and Finance in Kano State, Mallam Garba Yusuf, for an insight into the capabilities of the retired military officer.
I was aware that Magashi had led a 12-man high-powered reconciliation committee of the ruling party in the state, of which Yusuf was a member, which ensured the amicable reconciliation of aggrieved politicians in the State within the shortest possible time, before the last general elections.
Garba Yusuf said: “General Magashi, as an experienced lawyer, not only meticulously handled the delicate reconciliation process, but through his strategic interventions and guidance, the State witnessed peace and tranquillity after the elections.”
A few weeks later, Yusuf drew my attention to the live transmission of the ministerial screening of General Magashi on national television.
A former military governor of Sokoto State during the regime of Ibrahim Babangida and member of the Provisional Ruling Council during the Sani Abacha’s regime, General Magashi spoke eloquently and with confidence, while responding to the queries of the federal legislators.
Whilst discussing insecurity in Nigeria, Magashi insisted that infighting among Nigerian Service Chiefs was affecting the war against insurgency and analogous efforts against other forms of insecurity.
A former Commander of the elite Brigade of Guards in Abuja and erstwhile General Officer Commanding the strategic 2 Mechanised Division in Ibadan, Magashi berated the non-cooperation among the Service Chiefs as each of them sought to individually appear to his Commander-In-Chief, and the country, as the most conscientious in his remit. He added that the current military command structure is not a true reflection of what should be obtainable in the services and advocated for the restructuring of the armed forces.
Magashi gave an example of his experience as Commander of the ECOWAS Monitoring Group during the Liberian Civil War, where he ensured cohesion of all the services maintaining peace, including the police and paramilitary agencies, at that time.
“In an ideal situation where I served as an ECOMOG commander, it was a single unit that was overseeing the needs, aspirations, (and) welfare of our troops in combat zones. In Nigeria today, what we call (the) command structure is now being seen as weakness.  We only have divisions probably by name, but I do not think we have the required manpower to man them,” he said
His tour of military formations in the North-East, in his first outing as Defence Minister, was quite impressive. And, some of his statements were quite encouraging and motivational to the troops, as they inspired and admonished them to redouble their efforts in the counter-insurgency operations.
Yet, it was shocking that General Magashi, a retired military intelligence officer and a lawyer, could make a controversial statement during his tour, when he claimed that 22 local government councils in Borno State have been liberated from the grip of insurgency since the inception of President Buhari’s administration on May 29, 2015. Possibly aware of the implication of making such an unfounded claim, he refrained from mentioning the specifics of the so-called rescued local councils.
In my book: “Boko Haram Media War: An Encounter with the Spymaster,” I have provided the details, timelines and manners in which more than 25 towns were liberated from the grip of terrorism during the former Goodluck Jonathan administration.
In one of the chapters, I stated: “At the twilight of Jonathan’s administration when Sambo Dasuki was the National Security Adviser, dozens of towns and cities in Adamawa, Borno and Yobe states were recovered and confirmed with video and pictorial evidence through military press releases.
“Some of the liberated towns include, but (are) not limited to: Abadam, Askira, Baga, Bama, Bara, Buni Yadi, Damboa, Dikwa, Gamboru-Ngala, Goniri, Gujba, Gulag, Gulani, Gwoza, Hong, Kala Balge, Konduga, Kukawa, Marte, Madagali, Michika, Monguno, Mubi, Vimtim, among other communities with pictorial and video evidences provided by the Defence Headquarters.
“In one day alone, April 30, 2015, at least 234 abductees (Women and Children) were rescued by the military, who had stormed sections of the Sambisa Forest.
“A clear testimony to some of the accomplishments was the official DHQ release dated March 16, 2015, with reference No: DHQ/ABJ/901/32/DDI and titled: ‘Troops Finally Rout Terrorists from Bama and Last Stronghold in Yobe.’”
That was before the coming of the present administration.
It is necessary to point to the new Defence Minister that he should always seek credible and trustworthy intelligence on the realities on the ground before making claims, and more importantly in finding a more lasting solution to the menace of Boko Haram.
The public commentary of Governor Zulum of Borno State, the open letter to President Buhari by Zanna Boguma of Borno, Alhaji Hassan Zanna and media reports on the current situation in the North-East, merely suggest the urgent need for a truly pragmatic approach to winning the war on terrorism in the country.
President Muhammadu Buhari must be commended for deploying huge resources to the security sector, which has enabled the massive recruitment of personnel, acquisition of sophisticated equipment and the upgrade of infrastructure that have been crucial requirements, even though something essential is still missing.
I strongly believe that the current service chiefs, who were top military officers in the previous Jonathan administration, know the strategies deployed between January and May 2015, in the defeat of Boko Haram and recovery of the aforementioned towns. The traditional and political leaders in that axis are also aware of this too. Not every action of the past can be jettisoned, especially when it has to do with the lives of our troops and citizens.
. Yushau A. Shuaib is the Author of An Encounter with the Spymaster and writes from [email protected].